By LRU Writer | On: September 27, 2018
Already parents to their children, Rachel Weisz, and Daniel Craig welcomes their first baby together! Even though it is not the first pregnancy for Rachel but it sure is a first baby with her husband of seven years Daniel Craig. 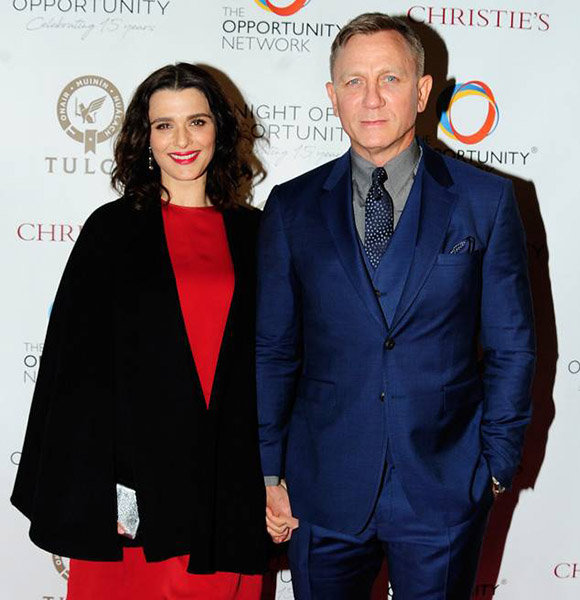 Already parents to their children, Rachel Weisz, and Daniel Craig welcomes their first baby together!

Even though it is not the first pregnancy for Rachel but it sure is a first baby with her husband of seven years Daniel Craig. The Favourite star, Rachel, recently welcomed a daughter as a new addition to their family which she shares with Daniel.

See Also: Marie Avgeropoulos Has A Thing For Dating And Turning Co-Stars Into Boyfriend! Any Chance She'll Get Married To Any?

The couple, who excels at keeping a low-profile, is recently spotted with their newborn baby in New York after almost a month since they first held her in their arms. Rachel's husband Daniel was spotted holding a baby carrier as they entered a building accompanied by Rachel.

The couple had all smiles as they maintained low-profile. According to various outlets, the pair, who recently had their newest addition to the family, is said to be "very happy."

The pair welcomed their baby after four months of dropping the news of her pregnancy. Back in April, The 48-year-old revealed the news that she is pregnant while opening up with The New York Times.

She gushed about having the little human saying,

"Daniel and I are so happy. We're going to have a little human. We can't wait to meet him or her. It's all such a mystery."

Since then, the couple has been utterly silent regarding the pregnancy. They have been incredibly secretive not revealing neither the gender nor the due date of their baby.

They have been keeping a low profile since that day. Even today, the pair has not spoken about their daughter yet.

The newborn is not their first kid as they are already parents to their children from their previous relationship. Rachel shares 12-year-old son Henry with Darren Aronofsky. Rachel and Dareen were together for nine years but the pair parted ways in 2010 breaking off their engagement. They were never married.

Whereas Daniel shares a 25-year-old daughter with actress Friona Loudon.

Nevertheless, the baby is sure their first child together since they got married back in 2011in their intimate New York ceremony with only four guests that included their son and daughter. The pair exchanged the wedding vows after dating for only six months since they first met on the set of Dream House.