By LRU Writer | On: July 02, 2021
Stuart Townsend's wife refused to press any charges against him...had his share of wonderful moments, whether it was his past relationship with Charlie Theron or his present marriage to Agatha Araya...the fact that they weren't legally married...that bought speculations about their split...starred in three movies altogether with his ex-girlfriend...former flame also took a vow to not marry until and 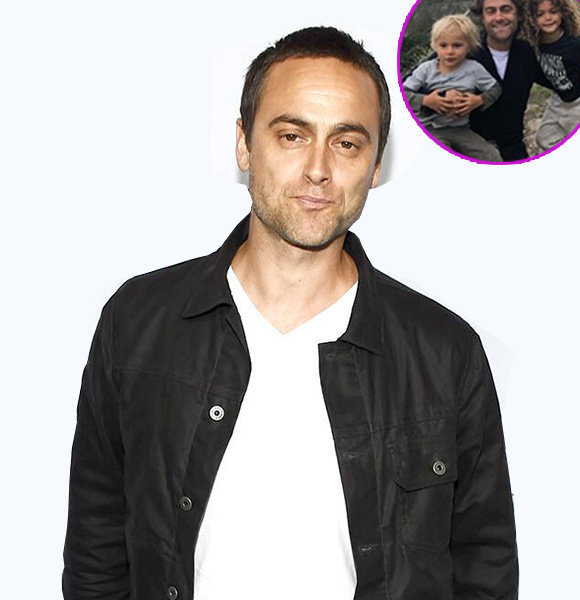 Stuart Townsend, an Irish actor, rose to popularity as a leading character in cult classic films such as Queen Of The Damned and The League of Extraordinary Gentlemen and amassed a large following. He also looks to have had a lot of success in his personal life, particularly in his love life. He's had his share of wonderful moments, whether his past relationship with Charlie Theron or his present marriage to Agatha Araya.

So, let's take an in-depth look at the challenges the actor faced outside the realm of Hollywood.

Charlie Theron and Stuart, The Power Couple Of The Time

Even though his own circumstance is filled with scandal, the actor has had a long and fruitful dating history. For almost a decade, he had an affair with Charlize Theron, a Hollywood A-list actress.

He first met her on their film Trapped, and the two remained in love for many years. In fact, Theron acknowledged him in her acceptance speech at the 2004 Academy Awards.

During a 2004 interview with Irish America, Townsend recalled his encounter with the actress. She appeared to be worth a million dollars, he thought. As the actor fondly remembers,

Despite their chemistry, they had both opted to remain legally unattached. The former flame also committed not getting married until same-sex marriage was authorized in the United States.

Yet, the pair referred to themselves as wedded on several instances, given that they were not legally married. Stuart stated in an interview for People magazine in 2007 that,

"I didn't do a church wedding or anything, but we're married. We're husband and wife."

Neither did the gushing cease! They appeared to be totally head over heels in love and taking their relationship very seriously. The actress even complimented the writer-director on their shared love for Vogue.

"I've been in love before. But have I ever been with somebody who I really, truly felt had my back and was my best friend? No, not until Stuart."

But, just when their love felt too beautiful to be real, the promise rings they exchanged later eventually became a hint of their own breakup. On January 22, 2010, his girlfriend was seen without the ring during the Hope for Haiti telethon, fueling suspicions that they had split up. And sadly, they did.

Sadly, the speculations turned out to be true, and Theron supposedly broke up with him.

The Actor Moved On, Now Has A Wife And Kids

With success coming in and out, Townsend's movie career didn't take off in the long haul. Even he had to let actor Viggo Mortensen take up the character of Aragorn in The Lord Of The Rings trilogy. Despite this, the writer-director has his family at his side through the highs and lows of his work.

Because he opted to keep a low profile about his marriage following his huge breakup, no details about their wedding have been released yet. But, based on the scant information that has been revealed, little is known about his marriage and wife.

The actor is married to Agatha Araya, with whom he has two kids, Desmond Townsend being one of them. His wife is from Costa Rica, and the two had been dating since 2013. Stuart Townsend as seen with his wife and eldest son in 2014 (Photo: dailymail.co.uk)

However, due to tragic events, truths regarding his deteriorating marriage began to reach headlines in 2019.

The 48-year-old actor was detained by police in September of that year at his home in Santa Monica, California, on domestic abuse charges. It came out that the actor had a violent dispute with his wife, which caused their neighbors to contact the cops to report loudness.

According to accounts, the argument nearly became violent when he grabbed his wife's arm and refused to let go. Consequently, he spent a few weeks in prison before being freed at the end of October 2019 after the court ordered him to pay $50,000 in bond.

Per the claims, he was also charged with false imprisonment. Thankfully, his wife declined to file charges against him, but their relationship remained tense. However, they appear to have put their issues aside rather than arranging a divorce since they are still together and having a happy life.