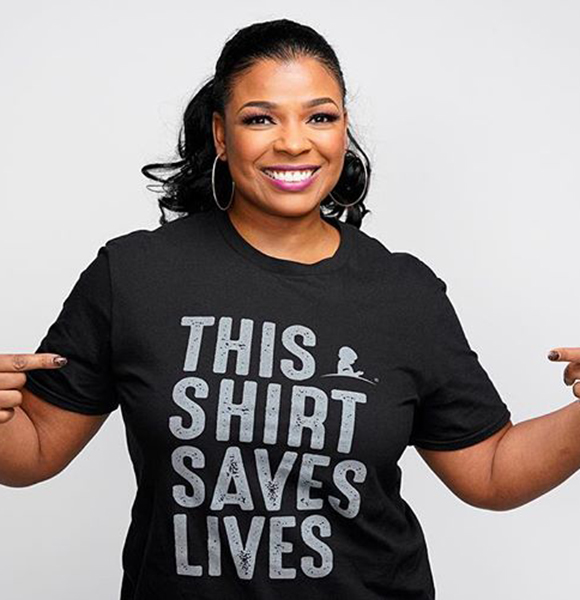 Singer and songwriter Syleena Johnson is a Grammy Award nominee for her hit song, All Falls Down, which came out in 2004. The song was a collaboration with the singer Kanye West and the music video of the song also earned four VMA nominations as well.

The singer is married to Kiwane Garris, a basketball player. They are proud parents of their two sons. He is a retired basketball player who played in Italy for nine years; he has even won an Italian Supercup in Climamio Bologna.

The Illinois native played for the University of Illinois Fighting Illini from 1993 to 1997 and finished his collegiate career as the second most prolific scorer in school history.

Additionally, Kiwane also won a bronze medal with the United States at the 1998 World Championships, during the NBA's lockout that season.

His net worth is estimated to be around $300K, according to Celebrity Net Worth.

In December 2019, the singer lost around 50 pounds in order to compete at the Texas National Physique Committee- NPC Texas Cup. Her hard work paid off as she won three awards at the competition: 3rd place for Open, 5th place for True Novice, and 6th place for Novice. Syleena Johnson before and after her body transformation (Photo:essence.com)

Syleena went straight from 236 pounds to 179 pounds within eight months; she followed a strict diet and exercised regularly with her trainer to achieve her dream weight.

In addition to being a singer, Syleena is also an author. She released her self-help book titled The Weight Is Over in 2018; the book is based on self-love & discovery, and it also sheds light on topics such as body image & mental, emotional, and physical health.

Facts About Syleena Johnson Including Net Worth, Age

Get To Know Syleena Johnson's Footballer Brother :- Chad Johnson with Multiple Kids! From Affairs with Girlfriend Besides Wife?