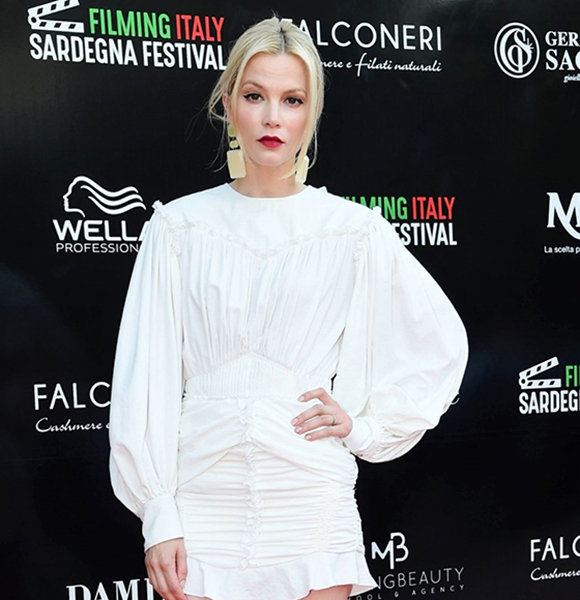 An actor and model by profession, Sylvia Hoeks made her acting debut in 2005 in the feature film, Frankie. Beginning her career in Dutch TV, she soon rose to fame. She won the Golden Calf in 2017 - an equivalent of an Oscar in the Dutch films- for her film Renegades. After winning the award, she started gathering fame to her name.

With rising stardom in the Dutch industry, she soon got her chance to perform on the international platform as well. In 2013, she was cast alongside Geoffrey Rush, a well-known actor and instructor, in the hit film The Best Offer.

After stepping into the Hollywood industry, she has done hit movies like American Renegades, Bros Before Ho's, The Girl and Death, and Whatever Happens.

The Dutch actress, rose to new heights when the 2017 thriller film Blade Runner 2049 was released. Her portrayal of the character of vicious and strangely thoughtful Luv alongside famous actor Ryan Gosling was beyond excellent.

A lover of the original Blade Runner, her acting made audiences believe in the humanity of artificial beings.

With the undisputed success of the movie, she has shown no signs of stopping. Including hits like The Girl in the Spider's Web and All the Devil's Men, she is growing as an established actress in 2019.

She was scouted by Elite Models at the young age of 14 and traveled to many European countries for her early modeling career. However, she did complete her education from a high school and also attended the Maastricht Theatre Academy.

Apart from a little information about her early life, not much is known about the 36-year-old's family. All that is known is she has a father, mother, and sisters in her family and nothing more.

Well, the Dutch beauty has been with her boyfriend Boaz Kroon for a long time now. Sylvia is dating the adorable musician for more than seven years.

Posting a picture on their anniversary on 11 March 2019, the duo seems to be quite deeply in love. After subsequent appearances on each other's social media, the couple redefined the meaning of relationship goals. However, after spending such a long time together, the boyfriend and girlfriend have not yet commited. Sylvia and Boaz are not even engaged, and the question to get married to each other is further away.

With such a history and accumulation of movies in her career of more than 15 years, she sure has packed a good earning. Although the average salary of an actress is estimated to be around $50,000 per year, there is no doubt she makes more than the average amount. Her net worth, meanwhile, remains a secret to this date.

Preparing for new movies in the year 2019, she has been cast to play one of the characters on the featured film, Seacole, produced by Racing Green Pictures. Although not much is known on what role she will be playing, she will undoubetedly bring great life and energy to the character like in her previous films.