By LRU Writer | On: April 02, 2019
Love & Hip Hop has been a platform for many upcoming celebrities to show their talents and get recognized in public...Among the reality stars, Tahiry Jose is a name - who not only gained fame but also used the show to boost her acting career...While she is an established actress now, bet there are many things about her bio and personal life you didn't know... 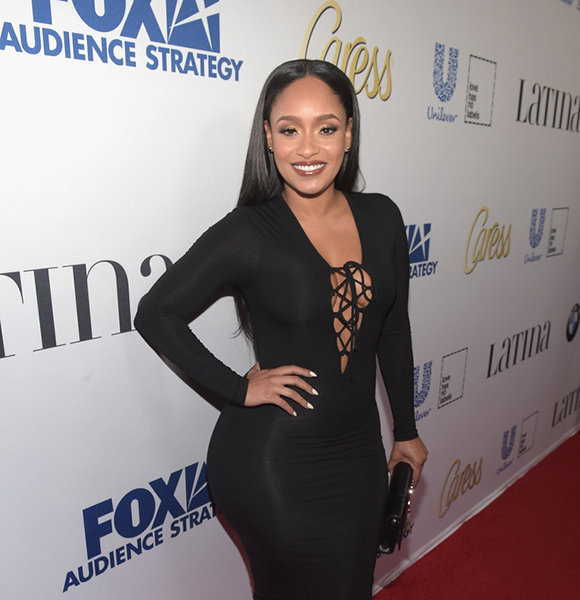 Love & Hip Hop has been a platform for many upcoming celebrities to flaunt their talents and get recognized in public. Among the reality stars, Tahiry Jose is one - who not only gained fame but, also used the show to boost her acting career.

While she is an established actress now, bet there are many things about her bio and personal life you didn't know. So, fasten your seat belts before taking a joy ride around the life of Tahiry Jose.

The show not only hyped her image but, also helped her explore the field of acting. After she gained a substantial fan base from the series, Tahiry started pursuing acting jobs. She appeared in a few movies including Video Girl, Interludes, and Beautiful Destroyer.

Further, Tahiry also has a successful modeling career and serves as a correspondent for the hip hop magazine, XXL.

Today, she possesses a net worth of $200 thousand; but her success could not be attained without her attractive body physique.

Despite her short height of five feet two inches, she is admired for her seductive looks and curvy figure. She is focussing on losing weight but, is worried if she would lose too much of it.

Born in New York City in 1979, Tahiry celebrates her birthday on 5th of May. Now aged 39, she is the daughter of Dominican-immigrant parents. She was raised in a large family which consisted of her 13 siblings: two sisters and eleven brothers.

Although her family initially originated from the Dominican Republic, Tahiry possesses an American nationality, and she is proud to be a citizen of the US. She is of African-American ethnicity.

Tahiry must thank Joe Budden for dating her when she wasn't a celebrity, but he isn't the only boyfriend she has dated.

Tahiry dated Joe for several years. However, the relationship failed when Joe proposed her on one of the episodes of Love & Hip Hop that aired in January 2014. Tahiry Jose and Joe Budden's relationship ended after she rejected his proposal in 2014 (Photo: Hip-HopWired)

Tahiry rejected the proposal as she could not trust him and the couple eventually split. But, Tahiry still credits Joe for her success in modeling and acting.

After the split, Tahiry commenced a romantic relationship with American rapper, ASAP Rocky. Tahiry and ASAP dated for nearly three years from 2014 to 2017, but the pair separated after her then-boyfriend dumped her for Kendall Jenner.

In the past, Tahiry was also linked to basketball player JR Smith; however, the relationship has never been proven.