By LRU Writer | On: September 15, 2019
British actress Talulah Riley has worked in the biggest movies namely Pride and Prejudice, Thor: The Dark...Talulah and her husband, Elon Musk had an epic romance. The pair first met at a...Post the failed marriage, she hasn’t dated anyone... 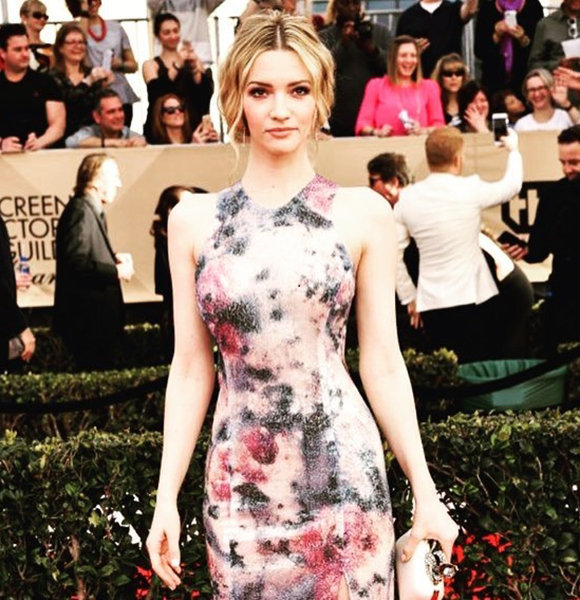 British actress Talulah Riley has worked in the biggest movies, namely Pride and Prejudice, Thor: The Dark World, and Inception.

However, it was her romance with one of the wealthiest CEOs of the world, which made the actress a household name. Keep reading about Talulah’s - Elizabeth Taylor and Richard Burton like - romance with her lover.

Talulah and her husband, Elon Musk, had an epic romance. The pair first met at a club in 2008 and hit it off. Just ten days after their chance encounter, Talulah and her boyfriend got engaged.

According to the actress, her parents weren’t very keen on the union as Elon was a father of five children with his first wife, Justine Musk. Also, he was almost twenty years senior to Talulah. However, they came around and even offered to help Elon when his companies - SpaceX and Tesla - were going through tough times in 2008.

Finally, with the actress’ parents’ blessings, the couple tied the knot in a beautiful wedding ceremony in 2010. However, the pair’s marriage couldn't last as the pair divorced in 2012.

Allegedly, Talulah got a $16 million in the divorce settlement. Even after the divorce, the couple’s relationship was far from over.

The on-off couple reunited again and got married in 2013. Still, the differences cropped up between Talulah and her husband, and she filed for divorce in 2014. But, she didn’t go through with the separation and withdrew the petition. Sadly, the actress of age 33 and her husband couldn’t keep their marriage intact. Finally, the twice-married couple headed for their second divorce in 2016. And, this time Talulah and Elon finally got divorced.

Post the failed marriage; she hasn’t dated anyone publicly.

Talulah is the only child of Doug Milburn and Una Riley. Her parents are esteemed members of society. Talking about their profession, her father Doug is a remarkable screenwriter known for TV shows like The Bill and Silent Witness. He formerly headed the National Security Squad.

And, her mother has worked in her PR firm and security systems company. Courtesy of her parents’ success, Talulah went to posh schools namely Haberdashers’ Aske’s School for Girls and Cheltenham Ladies College.

Talulah’s jouney began in the acting world with the 2003 TV show, Agatha Christie's Poirot where she portrayed the role of Young Angela. However, she got noticed by playing the lead’s sister, Mary Bennet in 2005 film, Pride & Prejudice.

Also, her reported $16 million divorce settlement from husband, Elon Musk, adds to her net worth.