By LRU Writer | On: July 23, 2019
Tamica Lee is a famous co-host and actress of the Bravo reality show...married fitness expert Barry Smith in 2009 and shares...ten years of marriage and 15 years of togetherness the couple appeared in...father was a cornerback for the Saints from...served in the cheerleading squad New Orleans Saintsations from... 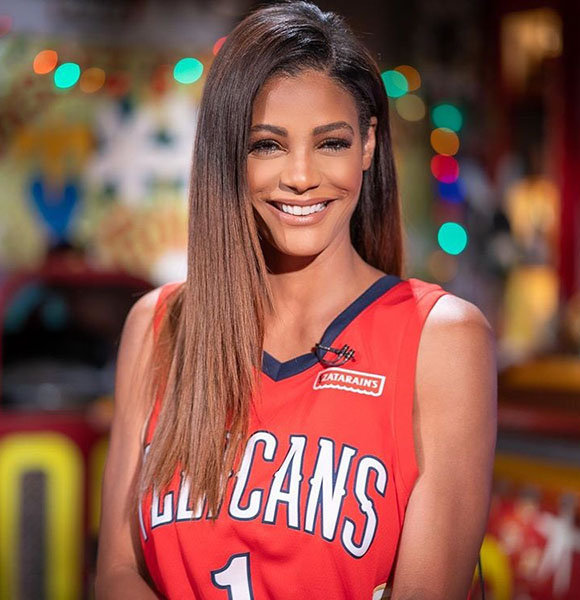 Tamica Lee is a famous co-host and actress of the Bravo reality show, Southern Charm New Orleans. She made her debut TV appearance anchoring for the show News with a Twist on the New Orleans of ABC affiliated channel, WGNO-26.

Explore the reality star's married life, career plus facts on age, height, and so on. Tamica Lee and husband Barry Smith pose for a photoshoot with children on May 2019 (Photo: Tamica Lee's Instagram)

The husband and wife dated for five long years before deciding to walk down the aisle in 2008. The couple, who have been together for over a decade, appeared in the Bravo TV’s reality show for the first time in 2018.

As of now, the 41-year old is showcasing the goods and bads of a long term relationship in front of the audience and setting an example for upcoming couples.

Tamica Lee was born on 22 November 1978 to parents Bivian Lee and Cynthia. She was raised in New Orleans, Louisiana alongside her brother Sonny Lee.

Her father was a cornerback for the Saints in 971. Unfortunately, he passed away in 1984 after a severe heart attack at the age of 36. However, his legacy was carried by both his children who went onto serving New Orleans Saints.

The television anchor, who stands tall at the height of 5 feet 11 inches(1.80m), was in the cheerleading squad New Orleans Saintsations from 2001 to 2005.

Meanwhile, she also attended Ursuline Academy and graduated from the University of Louisiana at Lafayette majoring in Communications and Dance. After graduation, she started working for the ABC channel.

The former cheerleader served as the co-host of the show News with a Twist and claimed her spot there as a regular.

Also, her experience appearing in the TV screen helped her as she got selected on the cast of the reality show Southern Charm New Orleans in 2018. As of now, the celebrity TV anchor is doing well in the new season of her reality show that premiered on June 2019.

Tamica Lee has amassed a massive fortune from her TV host job and reality show triumph.

For You:- Bretman Rock Sister, Net Worth, Boyfriend, Gay

She earns an average of $23,024 per year as a TV host. In addition to her anchoring job, she also gets paid handsomely being the part of a star-studded cast of Southern Charm New Orleans.

Undoubetedly, her salary from the show adds to her ner worth.