By LRU Writer | On: January 02, 2020
Tammy Hembrow's boyfriend started cheating on her... before and after picture of her pregnancy transformation in...Tammy Hembrow with ex-fiance...On top of that, she runs several workout programs for a designated...Today, her net worth...she credited her strict diet habits that consisted of...channel has more than 1 million subscribers... 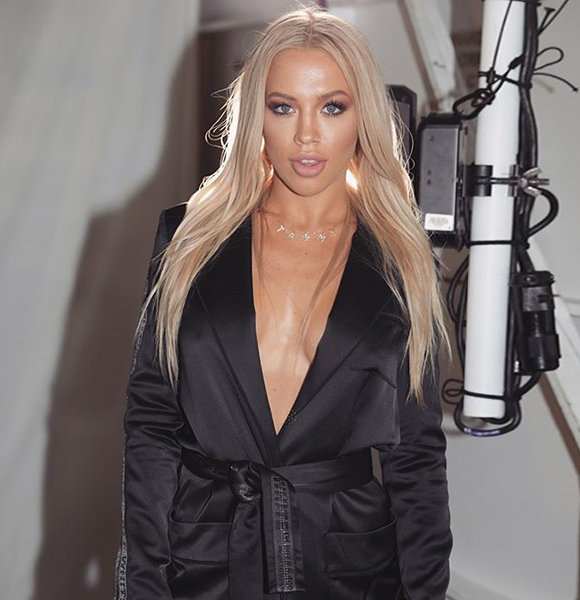 Tammy Hembrow is a prolific Instagram star and fitness trainer who generated a wide fan following through the realm of the internet.

As of today, Tammy (age 25 age of 2020) is dating Jahkoy Palmer, an R&B singer known for singles such as Still In Love and collaboration with other artists such as Willow and Jaden Smith.

Tammy first debuted her romance with her partner, Jahkoy, in June 2019 but has been in an on-off relationship since then. They first broke off in October 2019 following the release of rapper Tyga's remix track of Ambjaay's song.

Interestingly, the lyrics of the song contained some sexually explicit verses that pointed towards Tammy's reported fling with the rapper from the start of 2019.

As a result, there were speculations that the pair broke off with the release of the rap. They even unfollowed each other on their respective Instagram handle and Jahkoy deleted pictures featuring her.

Also, reports started flowing in that her boyfriend was cheating on her. But her partner quickly came to his defense and denied those speculations in December 2019 through his Instagram. However, he did beg Tammy to get back with her and apologized for any wrongdoings from his part sharing an old picture of them together. Eventually, on New Years' Eve 2020, the model was spotted with her flame in Bali, Indonesia, partying together. So, there is no denying that the couple is giving their relationship another shot.

Talking about Tammy's past relationship, she was engaged to fitness entrepreneur Reece Hawkins. They got engaged in 2015 but broke off in 2018.

More On Her Ex-fiance :- Reece Hawkins Age, Net Worth, Dating

Their relationship did result in the birth of their two children: son Wolf (born in 2016) and daughter Saskia (born in 2017). Tammy Hembrow with ex-fiance Reece Hawkins alongside her children Wolf and Saskia prior to their split (Photo: dailymail.co.uk)

Tammy's split with her then-fiance did start rumors that the two were cheating each other.

But Tammy disclosed that this wasn't the case at all. That year, she shared among her fans, getting emotional and teary, that there wasn't any affair involved in their relationship at all.

Rise To Fame, Net Worth

The fitness blogger rose to fame in 2016 following her viral picture posted that year of her before and after pregnancy pictures. Tammy's incredible transformation was her belly which was clearly back to normal after two months of the birth of her first baby. Tammy Hembrow before and after picture of her pregnancy transformation in 2016 (Photo: dailymail.co.uk)

When asked about her impressive transformation, she credited her strict diet habits that consisted of veggies, proteins, and fluids. Today, even though her net worth remains undisclosed her sources of income are many. She even launched her fitness app titled the Tammy Fit App.

Also, as per socialblade, her yearly earning from her self-titled YouTube channel is $48K. Moreover, she earns revenue from the sale of several items at her e-commerce site, saskicollection.com such as lingeries.

On top of that, she runs several workout programs for a designated fee for the candidates.