By LRU Writer | On: November 28, 2018
Tania Raymonde, known for her role as Alex Rousseau on the television series Lost, shares a steady relationship with her artist boyfriend......The couple has been together for ... and is all set to take the next step into their relationship......It turns out ... recently got down on one knee and presented Tania with a ring to which she replied......Both the couple revealed the news of their engagement through posts on...... 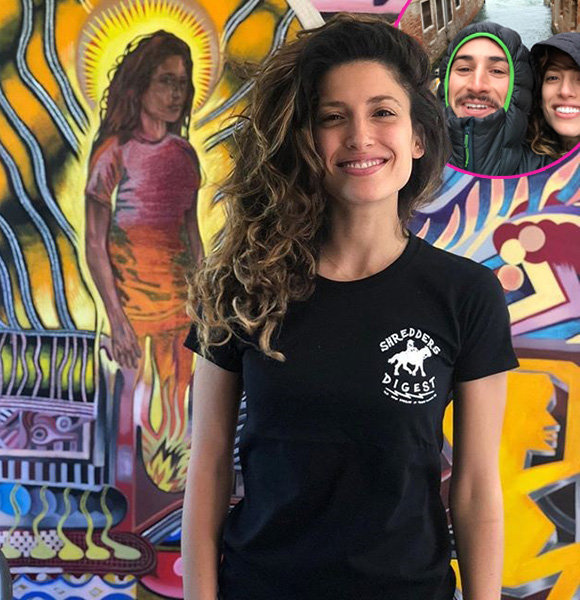 Tania, who has many movies and tv shows listed in her resume including Texas Chainsaw 3D, Hatching Max, Crazy Eyes, The Last Ship, Intelligence, and more; is set to take the romance she shares with her boyfriend onto the next level surrounded by love and commitments. Despite sharing some unaccepted romance in the past, the Dirty Lies actress seems to have finally found the man of her dreams.

Indeed, she will soon be exchanging the wedding vows with her soon-to-be husband.

"Lifetime Of Adventures" With Soon-To-Be Husband

Tania Raymonde, who is also famous for her role as a veterinarian in the TV show The Big Bang Theory, is all set to settle down with her artist boyfriend Zio Ziegler, known for his works with sculptures and paintings.

Tania and Zio have been together for a while now and the couple is all set to take the next step into their relationship. While it has not been revealed when the duo first met and fell in love, by the looks of their posts on Instagram, they appear to be a perfect match for each other.

The Goliath star has indeed found the Mr. Perfect in her boyfriend and now they are all set to exchange the wedding vows. It turns out, Zio recently got down on one knee and presented his girlfriend with an engagement ring.

On 23 March 2018, the 30-year-old painter asked his partner to marry him. To Tania, her happiness knew no bounds as she happily said "yes" to the proposal. The couple, who had been vocal about their relationship on Instagram, revealed the news of their engagement through posts on Instagram.

Both the fiances made sure to let their fans in on their happy news. The actress even posted a picture with her soon-to-be husband showing off her engagement ring. In the picture, she could be seen wrapped around in Zio's arms as they posed for a photo.

Through the caption, Tania, who stands at the height of 5' 5¼" (1.66 m), disclosed her engagement while divulging her excitement for a life filled with adventures. She wrote, Likewise, Zio also posted a picture of Tania in which she could be seen cherishing the engagement ring while having all smiles. Furthermore, he also described Tania as his 'wife' in one of his posts.

Take A look At: Simon Helberg And His Family Of Four With Wife! Has A Humongous Net Worth Backed By Nasty Bundle Of Salary

Through their regular posts on social media, the couple seems pretty content in each other's company as they appreciate their time together. Well, the pair has not yet announced their wedding date but by the looks of it, the ceremony might just be around the corner where friends and family from all over the world will attend.

Before Tania crossed paths with Zio, she shared a beautiful romance with actor Jeff Goldblum, renowned for his role in Jurassic Park. The actress, who possesses a net worth of $3 million, was rumored to be dating Jeff back in 2009 when they were spotted getting cozy with each other.

Back in August 2009, their romance gossips swirled in the media as Jeff was spotted "getting all touchy-feely" with Tania. The former couple dined at the Toast Bakery Cafe in Los Angeles and even appeared loved-up while leaning for a kiss.

More From Liverampup: Kevin Sussman Hints Ending Married Life With Wife; Has A Partner Now Or Is He A Gay Man?

Tania, who is half the age of Jeff, seemed pretty smitten by him. According to an onlooker, the pair couldn't keep their hands off each other as they enjoyed their moments together.