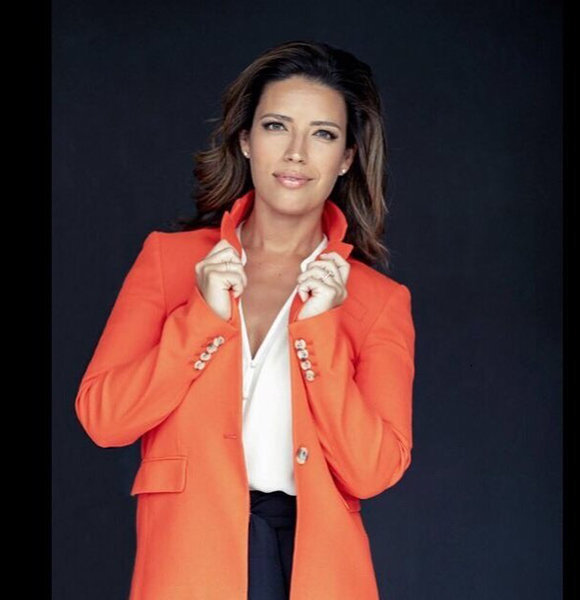 Making early morning more exciting and informative, Tanja Babich anchors for ABC7 Chicago’s Eyewitness News from 4:30 am till 7 am.

Tanja brings forward a wealth of morning news experience on the table and covers breaking news like no other reporters. She has enhanced her skills working for the top-rated newscast all over America.

Tanja Babich has enjoyed a successful career in news reporting but faced a lot of ups and downs in her personal life.

In 2013, Toronto native became a single mother to two daughters. However, she did not reveal the identity of her baby father, and it remains a mystery to date. Tanja also didn't mention if her children were born out of wedlock or from a non-marital relationship.

Leaving the past behind, The ABC7 reporter found love with Paul Durbin. The soon to become husband and wife got engaged in May 2018, and their wedding ceremony took place in July the same year amidst close family and friends. As of now, they are blessed with a new baby girl named Josephine Emily - who was born in May 2019. The 37-year-old mother of three is joyfully pursuing the responsibility of a parent.

Tanja Babich was born to a Chilean mother and a Serbian father in Toronto, Canada. The anchor celebrates her birthday on 30th June every year.

She stands at an average height of 5 feet 3 inches (1.6m) and boasts a mixed ethnicity from her parents. The reporter is also fluent in French and speaks a bit of Spanish and Serbian.

Growing up, Tanja attended Cornell University and received a Bachelors of Arts Degree. Later, she completed a Master’s Degree from the Medill School of Journalism at Northwestern University and pursued a career as a journalist.

Slowly climbing the ranks, Tanja worked as a news reporter, analyst, and anchor for many newscasting channels. In 2014, she made her move to ABC7, where she served as a general assignment reporter.

In 2016, Tanja was promoted as a morning news anchor and still maintains the position. As of now, the journalist is one of the best morning news reporters in the business.

Tanja Babich is carrying the three-decade legacy of ABC7’s front line as its leading TV anchor in 2019. Her vast knowledge in the field has standardized the morning show gambit.

The reporter tracks back to working as New York’s top-ranked morning newscaster on WYSR-TV for three consecutive years. She also covered Pope Francis’ first visit to the U.S. in New York and reported the breaking news that affected labor unions in the Bernie Madoff.

As of now, her hard work earns her a decent salary ranging from $50K to $55K, which helps her to live a lavish lifestyle and propel her net worth to new heights.