By LRU Writer | On: February 20, 2020
Tara Wilson's ethnicity is...Tara's partner Chris Noth is best known for his role as Mr.Big in the hit show...Tara is married to actor Chris Noth... announced the birth of her second child through Instagram through the picture of their adorable baby...September 2019 alongside a picture of her featuring the baby bump... 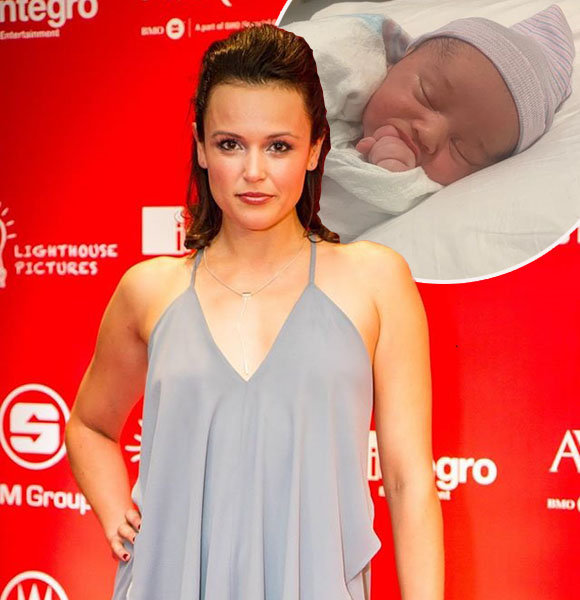 Actress Tara Wilson became well known for her role in the 2001 biopic movie, Piñero, as the character Tito's girlfriend.

Tara is married to actor Chris Noth. As per Hollywood Reporter's article published on 19th February 2020, the actress first met her partner in a New York bar called Cutting Room, where Tara worked.

The pair started dating and eventually got engaged in 2009; they only confirmed their engagement in October that year. After three years of engagement, Tara and her fiance finally tied the knot on 6th April 2012. Their wedding was held in Maui, Hawaii, in a luxurious oceanfront estate on Makena Beach. As per the report by Dailymail in 11th April 2012, their source revealed,

A local priest officiated their wedding vows in front of the ten guests that were present on their auspicious day.

After the ceremony, the newlywed couple headed to the Four Seasons hotel for their honeymoon.

Tara and Chris stepped towards parenthood prior to their wedding as their son, Orion Noth, was born on 19th January 2008. As evident from the name, her first son is named after the Orion constellation representing a warrior. After more than a decade of their first child's birth, the Frame of Mind star announced that she was pregnant with her second child. Her husband revealed the news through an Instagram post on 19th September 2019 alongside a picture of her featuring the baby bump. Tara's husband captioned the picture with,

Orion is getting a brother- I better get my ass in shape.

Finally, on 19th February 2020, Tara's husband announced the birth of their second child through Instagram with the picture of their adorable baby. Down from the heavens comes our second son- Keats! “ A thing of beauty is a joy forever”

The couple decided to name the baby Keats as a tribute to the late English poet, John Keats.

More On Her Husband, Chris Noth

Tara's partner, Chris, is best known for his role as Mr. Big in the hit show, Sex & The City (1998). For his performance in the show, Chris was even nominated in the 2011 Golden Globe Awards in the category of Best Performance by an Actor in a Supporting Role.

Although Tara was born in Vancouver, Canada, she is part-Filipino. The information came to light when her husband Chris revealed it during his interview with Inquirer in 2017.