By LRU Writer | On: October 01, 2019
Jackée Harry is golden...Jackée was born in...She first tied the knot with an...Through her engagement in the showbiz...Therefore, the actress of height 5 feet 7 inches (1.7 m) went to the Henry Street Settlement and studied acting...Finally... 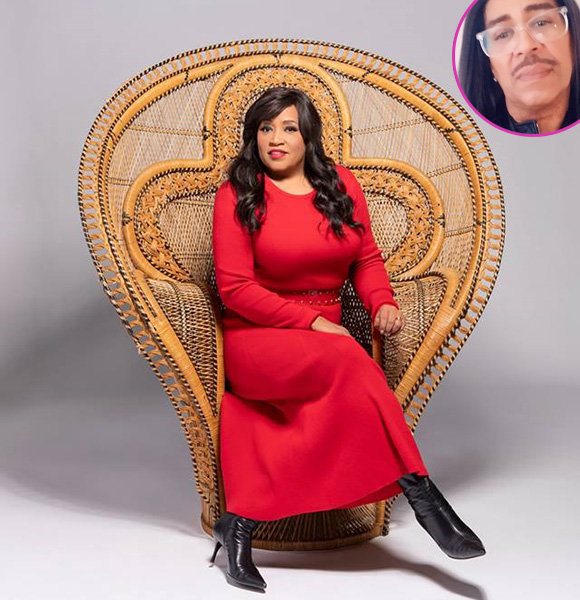 Jackée Harry is a Golden Globe-nominated actress, for her portrayal of Sandra Clark in the TV series, 227.

In 1987, she became the first African-American actress to win an Emmy Award for Outstanding Supporting Actress in a Comedy Series for the same role.

Now, the talented actress is all set to grace the silver screen with movies; The Perfect Mate and HeadShop in 2020.

Jackée was born in Winston-Salem, North Carolina on 14 August 1956. She is one among five children of her Trinidadian mother, Flossie Harry, and African-American father. Her siblings include her sister Brenda and three brothers.

The beauty was however brought up in Harlem, New York- far from her birthplace- since she was nine years old. Growing up there, Jackée developed a knack for acting. Naturally, she was cast for the lead role in her school's production of The King and Me, when she was only fourteen.

No wonder, later she graduated with a distinction in Opera, from New York City's High School of Music and Art. Although she went on and pursued her BA degree in education, she returned to her calling.

Well, the actress of height 5 feet 7 inches (1.7 m) went to the Henry Street Settlement and studied acting. Finally, she made her professional acting debut in Another World as Lily Mason in 1973.

Jackée first tied the knot with a mysterious musician. However, the marriage lasted for only four years and ended in 1984. The reason behind their split remained a mystery, but it surely wasn't pleasant for the actress.

Giving love another chance, she married Elgin Charles in 1996. Elgin is a celebrity hairstylist, a.k.a. The Emperor of Hair. He owns a salon that attracts star-studded clients including Serena Williams, Drew Barrymore, and Gabrielle Union.

Further, he is also a reality star who appeared on his VH1 show and Chris Rock’s documentary Good Hair. Sadly, the power couple's marriage ended in 2003, after seven years.

It so happened that despite being a sucessful professional, Elgin was struggling with his identity for years. It was only in his 50’s he gathered the courage and came out as bisexual. And, Jackée's husband's identity struggle could be a potential reason behind the abrupt end of their marriage.

However, their union also had happy moments. While they were still married, Jackée and her husband, Elgin adopted a son, Frank, who is a graduate of Beverly Hills High and an aspiring professional boxer.

Interestingly, there were rumors that the actress was married three times in a row. She, however, laughed the suggestions off by sharing a joke about it via her Facebook status in 2018.

Jackie is a bonafide actress with over 90 acting credits. She played Lisa Landry, on the sitcom, Sister, Sister from 1991 to 1999.

Further, she also appeared as Pauletta Birdsong in Byron Allen's syndicated sitcom, The First Family and as Evelyn Rand in the sitcom Girl Meets World.

In 2015, she was also cast on the hit ABC reality series, Celebrity Wife Swap. As of 2019, Jackee is all set for the Lifetime debut of her film Pride and Prejudice: Atlanta.

Through her work in the showbiz, she has an attractive net worth of $6.5 million.