By LRU Writer | On: August 09, 2019
Tarek El Moussa is creating a lot of buzz with his increasing love for Selling Sunset star... was under the radar in the dating scene for...shared a wonderful bond and family relation with each other before getting divorced in...globalized the show and made a fortune from the...uctioned homes renovated them and sold them for a... 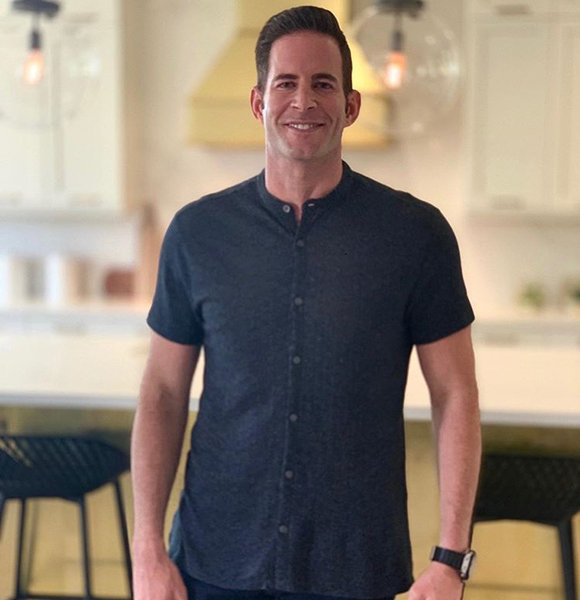 Following a split from ex-wife Christina Anstead in 2016, the father of two was under the radar in the dating scene for quite some time. But, since finalizing the divorce with Christina in 2018, the real estate hero was back for more.

After just one year of divorce, Tarek found a perfect match for a girlfriend in the Netflix star, Heather. In July 2019 the two were seen spending time together in a boat called Bad Decisions in Redondo and even were spotted locking lips together.

Soon in August 2019, the couple confirmed to dating each other officially and exchanged formal greeting with Tarek’s children, his family members, and Christina.

Tarek El Moussa was a lonely man for nearly three long years after his split from ex-wife in 2016. For some time, he avoided dating a girlfriend but eventually he crossed path with Heather Rae Young in 2019. As of now, the couple are officially in a relationship and have also met each other's family.

However, Tarek has not yet confirmed about taking their relationship to the next level.

The ex-couple shared an incredible bond and family relation with each other before getting divorced in 2016 after seven long years of togetherness. As of now, they co-parent their children and live two blocks from each other.

Tarek was born on the 21st day of August 1981 in Long Beach, California. Even though he possesses a mixed ancestral background, his nationality is American.

Before shooting to fame, he was a small real estate agent and house flipper who auctioned homes, renovated condos, and sold them for a small profit. But, things changed quickly for the 37-year-old as he signed a deal with HGTV to feature in a show called Flip or Flop.

The show made his work famous and propelled him to new heights. As of now, the reality star continues to rampage people's house and convert them into a perfect paradise.

Net Worth And Assets

Being a real estate agent is enough, but in addition to that, being a popular reality television personality is something else. Tarek El Moussa also comes from the same professional background and is a huge name all around the world.

He started to gain popularity from his show named the Flip or Flop in 2013 where he was seen renovating and selling houses for a profit. Slowly, he globalized the show and made a fortune from the business.

In 2018, he cashed in $2.28 million after selling a house in Costa Mesa which he shared with ex-wife Christina. As of now, his assets and business help him boast a net worth of $6 million.