By LRU Writer | On: February 25, 2020
Tasha Cobbs is a Grammy-winning gospel singer. She won the Grammy in the...Tasha Cobbs has been married to music director...Along with being partners in the personal front, Tasha and her husband...Tasha was born to parents...She is the founder of the global ministry...When she was ten years old, the singer’s father started... 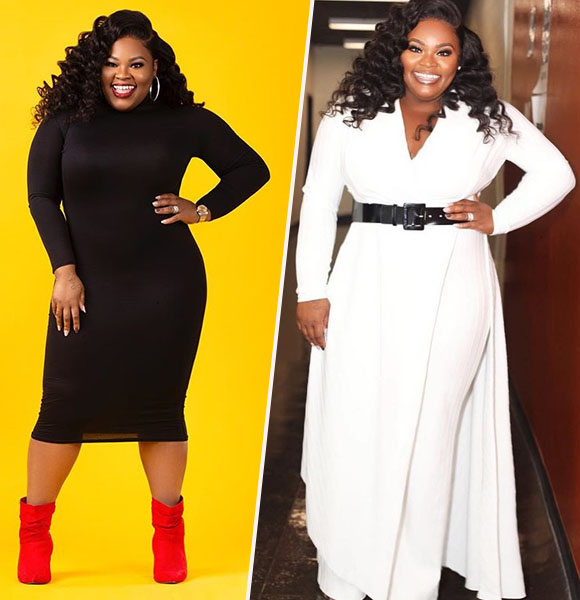 She won the Grammy in the Best Gospel/Contemporary Christian Music Performance for Break Every Chain [Live] in 2014. During the same year, she was nominated for Grammy's Best Gospel Album category for Grace [Live].

After that, Tasha racked up two Grammy nominations in the year 2016 and 2020, respectively.

Tasha Cobbs has been married to music director Kenny Leonard since 3rd March 2017. She is a stepmother to Kenny's three children from a previous relationship.

Along with being partners in the personal front, Tasha and her husband collaborate professionally also. They were collectively nominated for the six Dove Award in 2019.

Tasha and Kenny first met in 2008 at a worship conference. They connected instantly; however, the connection was only friendship. Fast forward to 2015, the duo reconnected again and started dating.

Tasha was born to parents Bishop Fritz and Bertha Cobbs on 7th July 1981. A Jesup, Georgia native, she grew up singing due to her mother's family's inclination towards music. Further, Tasha's father's profession led her to become involved in the church's vibrant music culture.

When she was ten years old, the singer's father started the Jesup New Life Ministries. At the new church, Tasha set up her unique public ministry. She ran the family's music ministry at the church for eight years.

Her father was supportive of her musical career. Once, he took time away from his congregation to watch Tasha win a Stellar Awards in 2014. However, a few days later (on 19 January 2014), he passed away.

Just a week after the tragedy, Tasha won her first-ever Grammy.