By LRU Writer | On: February 03, 2020
Taylor Hill walks the runway for the world-renowned...was discovered by a talent scout at the age of...was born just outside of...her siblings have followed in her footsteps and are also...is dating a former model named Michael Stephen Shank...has been with her boyfriend from 2015...her height and measurements are given below...has a net worth of...her ethnicity... 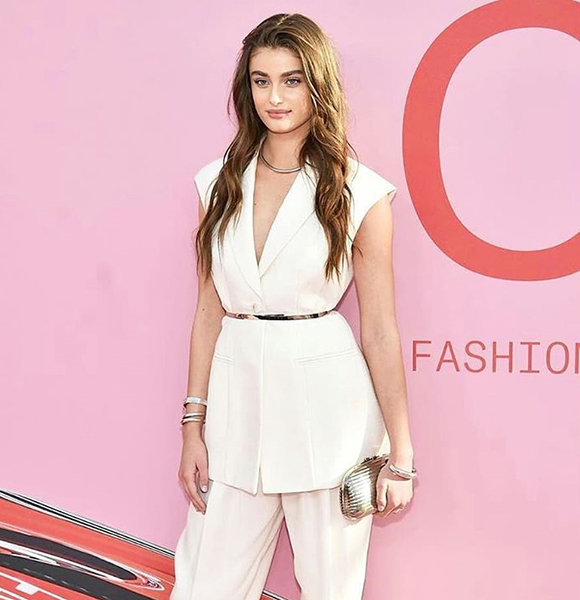 Apart from Victoria’s Secret, she has also appeared for other brands such as ELLE, H&M, Intimissimi, Forever 21, Versace, Chanel, etc.

Apart from modeling, Taylor has also made appearances in a few movies. She played the role of Jessica in the 2013 movie Hollywood Temptations, and also appeared in a small role in the 2016 film The Neon Demon.

Taylor is in a relationship with Michael Stephen Shank, an actor, and a talent agent.

The pair had known each other since Taylor was 15 years old. However, they didn’t start dating until 2015.

During their relationship, they were spotted many times in public, and in fashion functions like Ralph Lauren’s Romance pop-up in 2019. Taylor isn’t explicit about her dating life. However, there are a few pictures of her and Michael together on her Instagram page.

But, since February of 2019, Taylor has neither posted any pictures with him nor has tagged him in any of the posts on her Instagram. However, their old pictures are still on her account.

Taylor was born to Jennifer Rea Hill (formerly Tate) and David Glenn Hill. She is from a host of ethnic backgrounds. She is Cornish, Dutch, English, French, German, Irish, Scots-Irish/Northern Irish, Scottish, Swiss-German, Welsh, as well as distant Austrian and Belgian [Flemish].

Taylor’s modeling journey began when she was 14 years old. She was first noticed by Jim Jordan, a modeling agent, and photographer.

She was hesitant to pursue a career in modeling at first but later came around. Then, she flew to Los Angeles for her first-ever photoshoot, just around her 15th birthday.

Fast forward to 2013, and she got the first big break in her career; Intimissimi’s catalog featured her.

Then, in 2014, she appeared for fashion brand H&M. In the same year, she became the youngest ever model on Victoria’s Secret’s rotation at the age of 18. She also became the face of Brazilian fashion brand Rosa Cha.

Taylor appeared in the movie, The Neon Demon, in 2016, and also landed the 17th position on Forbes’ The World’s Top-Earning Models list for that year.

Taylor has amassed an estimated net worth of around $6 million, according to Celebrity Net Worth.