By LRU Writer | On: February 26, 2020
TD Jakes is a religious leader. He is the founder and bishop of The Potter's House...TD Jakes has a net worth of...Some of his books include...TD has been married to...TD’s wife, Serita Jakes is...The pair share five children: two daughters, Sarah...She is also the founder of... 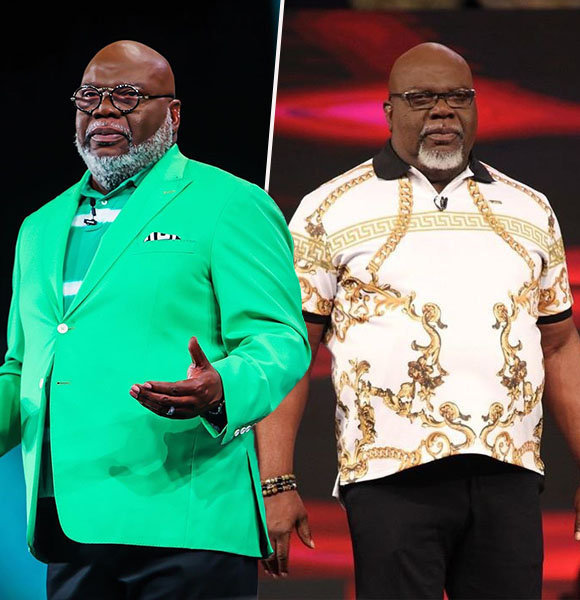 TD Jakes is a religious leader. He is the founder and bishop of The Potter's House- a non-denominational American megachurch. His congregation is broadcasted via a program called The Potter's Touch on The Miracle Channel in Canada, Trinity Broadcasting Network and Black Entertainment Television.

TD Jakes has a net worth of $18 million, according to Celebrity Net Worth.

TD became the pastor of Greater Emanuel Temple of Faith, a storefront church in Smithers, West Virginia, in 1980. There were ten members of the church at the time. Thirteen years later, in 1993, he moved to Cross Lanes, West Virginia. There, the number of people grew to over 1100.

After three years, in 1996, the pastor moved to Dallas, Texas, and founded The Potter's House. Sarah Jakes Roberts is an author known for her memoir, Lost and Found: Finding Hope in the Detours of Life. She is also a motivational speaker. She has appeared on TV shows, namely The Associated Press, The Today Show, and The 700 Club.

Like Sarah, her sister Cora is also an author; she is the writer of the self-help book, Faithing It, and creator of the blog, Fertility Faith. In addition to her writing endeavors, Cora works in The Potter's House as the director of the children's ministry.

TD's wife, Serita Jakes, is the author of The Princess Within and Beside Every Good Man. Serita is the co-founder of Christian preparatory school Clay Academy along with her husband. She is also the founder of The Potter's House's Debutante Program and the God's Leading Ladies Life Enrichment program.