By LRU Writer | On: July 12, 2021
Ted Sutherland rarely become the subject of gay rumors like a...as last seen with his girlfriend...and acted in very less heard of movies and TV shows such as...But his start in the industry wasn't so promising. For almost six years, he struggled to find a breakthrough role in his career as he appeared... 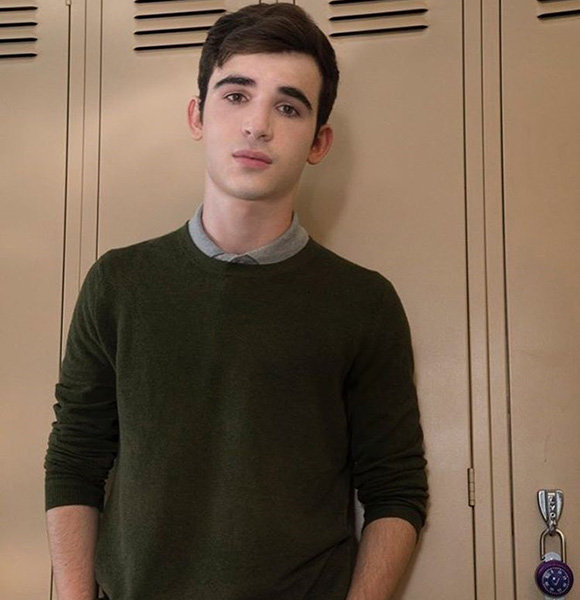 Ted Sutherland has been stealing hearts after his appearance on the second part of the trilogy Netflix series “Fear Street," where he played the younger version of sheriff Nick Goode.

With his increasing number of fans, many wonder about his personal life and who the star is in a relationship with.

Is The Young Sheriff Taken? Who Is He Dating?

The 24-year-old has kept is private life out of the light of social media and paparazzi, but this was not always the case. Back in 2017, Sutherland used to post much about his social life. And as to say so, he didn’t back away from posting about his then-girlfriend Katherine Reis. They used to be going well together partly because they were co-actors on the series Rise. However, after two years, in 2019, Reis started posting pictures with her now-boyfriend Jack DiFalco.

The actor still has a group video of the cast together where these two can be seen in the same frame. But, unfortunately, he seems to have deleted the pictures that he had once kept up of Reis and himself together. On the other hand, Reis can be found sharing lovely times with her now-boyfriend on her social media.

As of recent, we cannot seem to know if he is taken or not. He has managed to keep his private life out of the public eye. So to his fans wondering, he might be single.

Maybe being public about his private life on social media before has led him to have less than ten posts on his Instagram, but either way, his stunning pictures make us stick to our screens and stare for hours.

A common question perhaps, more so after his appearance on the NBC TV show Rise as a gay character named Simon. But as an actor it’s their responsibility to play the part they have put into. And well, if he has made people guess his sexuality, then we think he did his job well.

However, Sutherland is not gay. He has not talked about the rumors relating to his sexuality. But going by his dating life, we can confirm he is not gay.

The Journey So Far! Net Worth?

This charming actor dived into the industry when he was about 14-15 years of age. However, he started gaining fans after his appearance on the show rise. This American actor is a prodigy, and it is evident in his movie roles.

In 2019, he was cast in the role of Elliot Patterson alongside actors such as Brendan Fraser in the DC TV Series Doom Patrol. Moreover, he lent his voice for the hit video game franchise, Red Dead Redemption 2. And recently, he can be seen in Netflix's Fear Street Part Two.

With his appearance on this series, we can confirm that it’s only the beginning of a Hollywood success journey. The American actor has been in the industry for a decade. However, he seems to be making a good mark for himself.

While his net worth is not officially disclosed with the number of ventures he has done, we feel he is on a quick race to making a million-dollar mark. Nevertheless, Ted has managed to get involved in notable projects in recent years.

Ted (height of 5 feet & 9 inches i.e.1.75 meters) celebrates his birthday on 16th March whereas his birthdate is 1997. However, the artist remains very private when it comes to information on his family life.

It is unlikely that his mother or father come from acting background since sources on the internet would have known about it by now. The actor is only 24 years with more time to further his career.

So, it won't be too long before he shares more details on his personal life.