By LRU Writer | On: October 22, 2019
Jeremy Allen White is an...Jeremy was more attracted to play the Gay...The Shameless star and his longtime girlfriend... sporting a diamond ring on...so is his ethnicity from many... selected guests, the bride's best friend Dakota Johnson and Chris Martin played the witnesses as the newlyweds exchanged... 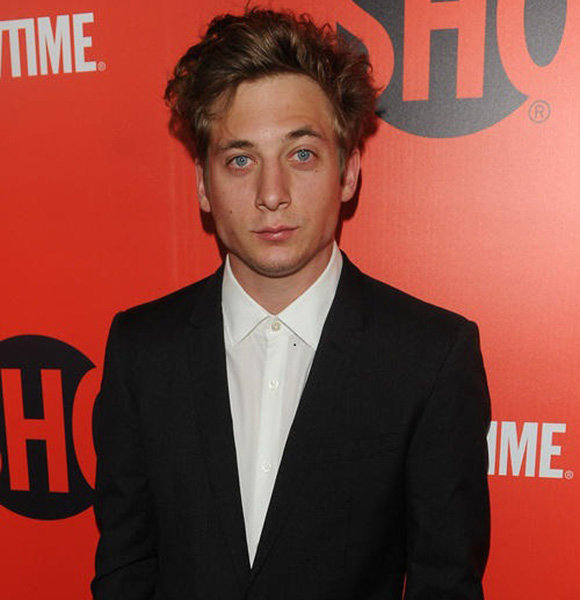 However, at the beginning of the selection process, Jeremy ended up auditioning for the role of Lip as well as Ian.

Jeremy was more interested in the role of Ian. He was ready to go one step further for the part as he mentioned that if Showtime wanted to portray the gay bipolar teenage son character Ian, he would fit into that very well.

But, as he began to go deeper with his characters, he also found the role of Lip very fascinating, especially the challenges the genius character faced in the society intrigued him. The background behind the part was realistic enough for Jeremy to try to portray it on screen.

In the end, Jeremy accepted the role of Lip and portrayed the character wholeheartedly. He gave his best for the part, and thus, the role became his identity.

Shameless was first aired on 9th January 2011 and still going on strong in 2019. Showtime is ready to air its 10th season on 10th November 2019, making the series the longest-running show in Showtime’s history.

Is Jeremy Married To Wife? Has Girlfriend?

Sorry ladies, Jeremy is officially off the market. He is in a relationship with his longtime girlfriend Zero Hour actress, Addison Timlin.

Jeremy and Addison worked alongside each other in the 2008 movie, Afterschool. However, they didn’t embark on a romantic relationship until years later. Since the duo started dating, the couple has been inseparable.

After being together for more than ten years, the duo welcomed their first child, a baby girl named Ezer, on 20th October 2018. Coincidence or not, Addison also turned 27 on the same day.

In April 2019, the couple had an engagement. They revealed the big news through an Instagram post where Addison showcased a diamond ring on her wedding finger. At the time, baby Ezer was only six months old.

As their daughter, Ezer, turned one, people were crazily awaiting their marriage to take place. Amidst all that, the pair did not talk about their wedding plans even once until suddenly tying the knot on 18 October 2019. The wedding ceremony was held in a very intimate fashion with around thirty of close family and friends welcomed at the courthouse in Beverly Hills.

Amongst the selected guests, the bride's best friend Dakota Johnson and Chris Martin played the witnesses as the newlyweds exchanged the vows. After the ceremony was over, Jeremy and Addison took to their Instagram to notify their fans about their special day.

In the picture, the loving couple paired up with a denim jacket with a special message printed on the back, which wrote Till Death and Buddy + Billie. Now the couple is more than ready to start a family of their own in the coming future.

The 28-year-old American actor has some tattoos, probably a triangle and other symbols, but he has not created any fudge about it. However, his tattoo did surface as a subject of interest to his fans at Twitter more than once.

One of the casts of Shameless wrote via a tweet in 2013,

"Fact: Jeremy Allen White has a triangle tattoo on is left pec. A square on his right thigh. A circle on his left butt cheek."

Among the 222 retweets and 411 likes for the above twitter post, one was exciting and maybe real too if the set of Shameless was a giant TV.

"He is a human Playstation 3 controller."

Emmy Rossum from New York, NY wrote on her Twitter in 2012,

The meaning of his tattoo and the symbol in it is probably unique just as his ethnicity. Unlike actors born in the US, Jeremy is of Ukrainian, English, German, Scottish, Scots-Irish/ Northern Irish, and distant Dutch descent.

Another interesting fact is that Jeremy's parents had come to New York to pursue acting opportunities. So, it is a no-brainer that Jeremy switched to acting from dancing at a tender age of 13 years.

The Showtime star Jeremy is also in a psychological thriller web television series, Homecoming, which premiered on 2nd November 2018. He is playing the role of Shrier, a former soldier at the Homecoming facility alongside Julia Roberts.

Besides TV series, Jeremy has appeared in several movies, including Beautiful Ohio, The Speed of Life, Afterschool, Twelve, and After Everything. All thanks to his charming personality.

Jeremy has an average height of 5 feet and 7 inches (1.73m), but his net worth is nothing ordinary. He has accumulated $8 million with his acting career as of 2019.