Terrence Howard & His Multiple Divorce Stories! What Led to His Turbulent Relationships? 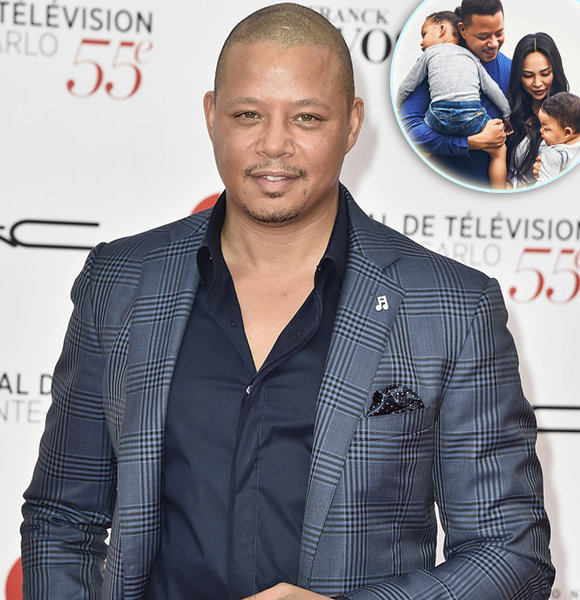 But, this didn't seem to apply to the married life of 'Empire' star Terrence Howard, as he appeared to be having a hard time finding a stable married life.

Those split stories are right here to all those fans of Terrence who have always wanted to cognize his entire divorce case!

Terrence Howard's Separation from His Wife

The 53-year-old actor, Terrence, experienced his first marital failure in the year 2003 after the divorce from his first wife, Lori McCommas.

It was indeed a 14-year-long relationship for the pair during which they conceived three children together; Aubrey Howard, Hunter Howard, and Heavenly Howard. Terrence Howard and his former wife, Lori, together with attending an event (Photo: Daily Mail)

However, the duo later made a reconciling attempt in February 2005 with a second marriage, but it didn't work out well, and consequently, they parted ways for the second time in 2007.

There was a high probability of their divorce due to  'domestic violence' issues, as Terrence once admitted hitting Lori in 2001.

Moving further, Terrence then was in a three-year marital relationship with his second wife, Michelle Ghent, from 2010 to 2013 without sharing any kids. Terrence made the relationship similar to his previous one and directed it nowhere more than towards a court.

The court granted a restraining order against Terrence in 2013 for assaulting Michelle during a family vacation and threatening to kill her.

Likewise, it ruled in the actor's favor in 2015, as he had claimed to sign the spousal support agreement under duress in fear that she would leak his embarrassing information.

However, the previous divorce judgment was reinstated in June 2018 after finding Terrence was not coerced into signing it.

Later in October, Michelle got a ruling on their spousal support overturned, and thence the actor had to pay the required sum.

Likewise, in September 2019, the actor accused Michelle and her legal team of using deceptive measures to receive $1.3 from him as spousal support.

Moreover, he was firm on his claim that he had been done injustice and that his former partner had taken advantage of him. As per Terrence,

Besides that, the actor had been embroiled in a domestic violence charge with his ex-girlfriend May Seng Yang.

After the brutal split with Michelle, Terrence married Miranda Pak on December 3, 2013, and continued the relationship with her till July 27, 2015.

They went through a secret divorce that only came to people's knowledge during his closing arguments against his second wife in Los Angeles court. This couple shared two sons; Qirin Love and Hero. Terrence Howard with ex-wife Miranda and their sons (Photo: people.com)

All his failed marriages hinted at things not going smoothly in Terrence's life. It might result from his not-so-pleasant childhood, contributed by his family in a certain way.

Fortunately, the old love between him and his ex-wife Miranda sparked again. In December 2018, his fans were surprised to find out that he had proposed again to none other than ex-flame Miranda.

Turned out that after going through some tough times with new lovers, he had found his heart beating still for his former partner

Through a clip shot in Crustacean Beverly Hills, he cited his appreciation and love towards his wife, saying,

It took me 45 years to find you,But now that I have you in my 50th year, I will spend the rest of eternity at your side,And I pray that everybody finds that one that will complete them for all eternity because it means everything. I love you.

He also shared a picture of the luxurious diamond ring he offered her during the proposal. Although they had plans to remarry, the pair haven't yet kept their word till now.

Tyrone has European features, while Anita is commonly referred to as black. Terrence further has a half-sister Ariana Williams and a half-brother named Darnell Williams.

But despite having a large family, Terrence's childhood wasn't memorable.

Instead, he was exposed to the violent side of humankind when he was a child as his father, Tyrone, fatally stabbed a man while Terrence's family was waiting in line to see Santa Claus in a Mall in Cleveland.

Opening up about his childhood, Terrence expressed,

My dad whooped me every day until I was 14, Then he said, ‘The street will whoop you from now on. The kids would do horrible things to animals in the neighborhood, I’d try and save them and take the beating instead.”

Even with such a harsh upbringing, it is good to see that the actor has done very well career-wise. According to Celebrity Net Worth, his career and portrayals have given him immense popularity and incredible earnings, contributing to his $5 million net worth.

As of now, Terrence has not been seen with any women and is supposed to be single.

Stay tuned to get more updates on Terrence Howar.