Is Thomas Gibson Dating After Divorce? His Girlfriend, Children 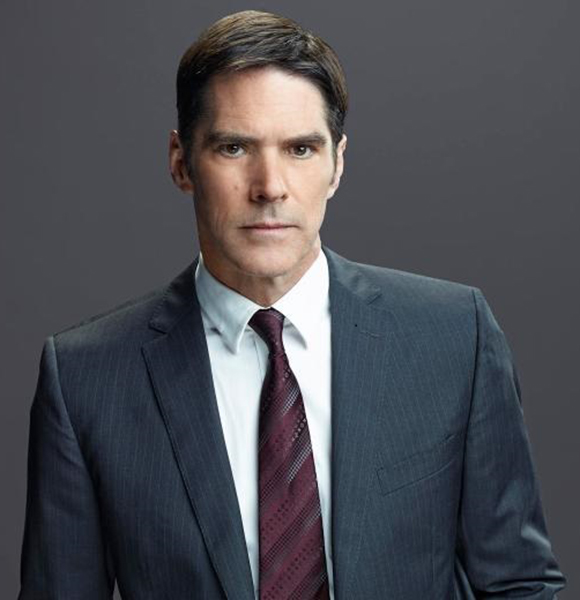 Thomas Gibson is a veteran actor known for his roles in cinematic productions of various genres. He has worked in sitcoms like Dharma & Greg, and also in crime dramas such as Chicago Hope and Criminal Minds.

Other than acting, he is also a director. He directed six episodes of Criminal Minds and two episodes of Dharma & Greg.

Also, Thomas is an avid golf player and even participated in the AT&T Pebble Beach National Pro-AM.

Thomas, as far as the internet is concerned, is a single man as of December 2019. But, he had a longtime relationship with his ex-wife Christine Parker which ended in 2015.

Although how the ex-couple met and when they started dating is not known, Thomas made Christine his wife in 1993. Their courtship lasted more than 20 years before any substantial step was taken by either of them to end the marriage. Their divorce became official on 14th February 2018, after four years of filing the case. Despite their separation, Thomas now resides in San Antonio, Texas, to stay close to his kids and spend time with them as possible.

Latest About Thomas: Life After Divorce And New Show

Thomas has been leading a quiet life post his divorce with Christine. He is not active in the dating scene and is not spotted with anyone in the public who could be considered his girlfriend.

As for his career after divorce, he is doing pretty well. His movie Shadow Wolves came out on 2nd July 2019 in which Thomas plays the lead role of Colonel Branson.

Read More:- Is BlameItOnKWay Gay Or Dating Girlfriend? Here's What We Know

Another exciting news regarding Thomas’ career is his potential return to the series Criminal Minds in 2020. He was fired in 2016 after an on-set altercation with one of the writer-producers. However, he could be set to return for the final season of the series - in which he has remained a cast member since 2005 - in 2020.