By LRU Writer | On: November 14, 2019
Timothy Duane Hardaway Jr is an All American...who could blame him when the Greek model looks like a perfect...Tim has a very loving and close...was more natural for him to play a high... 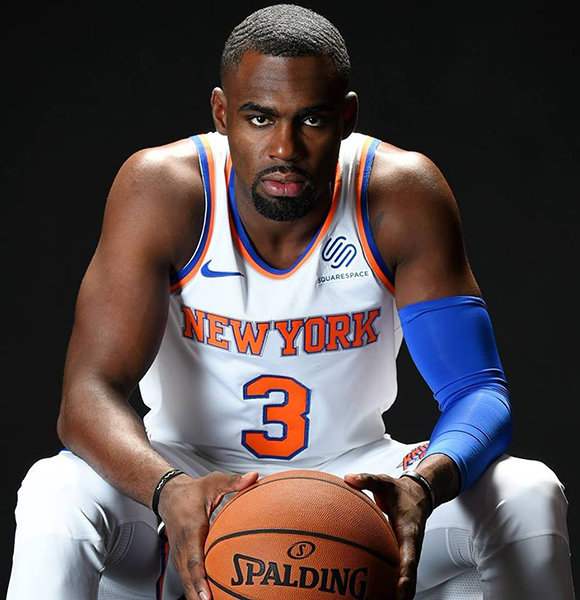 Timothy Duane Hardaway Jr. is an All American professional basketball player of the National Basketball Association (NBA) born on 16th March 1992 in Florida. He is more popular as Tim Hardaway Jr.

For the 2018-19 NBA season, Tim played the wing position for Dallas Mavericks. The Mavericks brought him as part of Jan 31 trade with New York Knicks.

Tim has been the NBA star with brilliant average points since he was selected with the 24th overall pick in the 2013 NBA draft by the Knicks.

Who Is Tim Dating? Girlfriend

Tim was found snooping around at Odell Beckham’s Jr’s ex-girlfriend and model Poly Ferfeli’s Instagram. But really, who could blame him when the Greek model Poly looks like a perfect combo of cuteness and hotness. Still, we are not sure if anything is going on between them, or it is just a fling.

Even before Poly, Tim was on the list of 15 Young NBA Stars That Have Smoking GFs in 2017, when he was dating hot Kylie Bossie. There is no media headlines of their breakup, or their current status, especially after Tim moved to Mavericks in 2019. The hot couple did look good together, but what sounded strange was that Tim had to ask Kylie if she was dating his ex-coach Derek Fisher on the side. The story first surfaced the media in February 2016, but Tim even had to state after he had a one-on-one session with his then-girlfriend, Kylie.

I’ve seen those. No reaction over here. I know all those are lies. They are going to do whatever they can, especially here in New York (with the media). So I am not even worried about that. I had a talk with my girlfriend. If you ask me, it is not true at all. I am completely positive with her judgment and what she said.

Kylie was famous for his pose on Instagram and managed to attract lots of attention in a speedy time.

Tim is one of those NBA stars who have to live up to his legendary father, Tim Hardaway Sr. The weight on him to do better than other players is far more than his actual weight of ‎93 kgs.

Tim’s father is a five-time NBA All-Star and was one of the best guards in the NBA in his career, widely famous for his killer crossover dribble.

Further, Tim has a very close and supportive relationship with his father, and like for many of us, his father is his hero. Tim posted a picture of him and his father in his Instagram from his early childhood with a beautiful comment:

Happy Birthday too not only my Idol, but honestly the most Loving, Caring and Inspirational Father a son could ever ask for!!! Wouldn’t be the Man I am today without you. Love You Pops!

Similarly, Tim is close to his mother, Yolanda Adkins, well. In her 2019 Birthday, he posted on Instagram:

My Inspiration
My heart
My mentor
My best friend
My everything
Happy Mother’s Day Mom I Love You!!

In conclusion, Tim has a very loving and close family as he also grew up with his younger sister, Nina, who turned 18 in 2019.

Tim played high school football before focusing on basketball. It was more natural for him to play a high school basket with his legendary father by his side. He played for Michigan in his college days and made his father proud of his basketball statistic.

Tim was in A First-team All-Big Ten selection for the University of Michigan in 2013, where he helped lead the Wolverines to the 2013 NCAA Championship game.