By LRU Writer | On: September 09, 2018
Tim Kennedy is a former military man and a mixed martial artist who has been married to his wife for past...years. They met back at...and since then they have been together. Tim and his wife married in...and now shares... children... 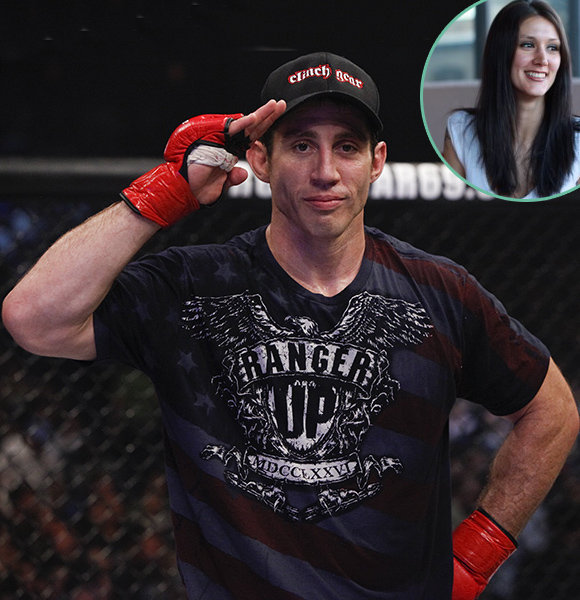 American retired professional mixed martial artist, Tim Kennedy lives his life--true to his words and leads with examples. A full-time soldier in the United States Army he has juggled between being--a fighter in field and a fighter inside ring beautifully.

He is a decorated Special Forces operator with multiple combat deployments to different locations. For five years, he was a member of 7th Special Forces group.

Whatever the roles he has taken up, be that of a military man or a fighter, one person who has always sided by him is his wife. He has always been the dearest husband to his wife and, having been together for over a decade, his wife has learned to live blissfully with a fighter.

Tim Kennedy, blessed with a ripped physique and decent height of 5'11" (180cm), had always been fascinated with martial arts and prior to serving in the army had established himself as one of the best mixed martial artists before the turn of the century.

And it was in the middle of the millennium he joined the army before pursuing a career in UFC concurrently. His transitions from one high-stress job to other could have fazed anyone but did not faze his wife, Ginger Kennedy, as she revealed that the situations for her were still the same.

According to the veteran's wife, working as a military man or as a fighter, the stress in the house remained constant especially when the fighting day neared. A week prior to his fight day, Tim, who has massive net worth, started getting "edgy and cranky" which raised the tension in the house.

But despite it all, Tim's married life with his wife Ginger remained a constant. A perfect match for each other, they balanced each other which led to their marriage working and have remained 'happily married' since exchanging the wedding vows back on 28 September 2006.

The couple who eventually ended up being together for life, first met at Fort Bragg in North Carolina, where Ginger was working for a defense contractor. When they first met, Ginger showed absolute disinterest in him. Turns out she did not even remember shaking hands with him during their first encounter.

Tim, being a hopeless romantic and a true military man, fell for her after the meeting and strategized on how he could win her heart. He tried talking to Ginger in a few different times but every single time she rebuffed his approaches.

Eventually, Tim asked a friend of Ginger to arrange a dinner together for all of them so they would meet up but secretly asked her to not show up at the dinner at all. He turned a casual dinner into a dinner date and then asked Ginger out for a proper date the next night.

Since then, they dated every night except when Tim was deployed. In the end, they ended up getting married and now have a family of their own.

Well, despite being away on duty or fighting to earn for the family, Tim at any circumstances did not give up on the love he shared with his wife and family. He has often made gestures of showing love to his wife through social media posts. Well, Tim now shares a family of five with his wife.

Tim and Ginger are the proud parents of three of their children - two daughters and a son. Tim's two beautiful daughters are raised to be warriors just like their dad even though he wishes to fight their fight a far-fetched proposition only an overprotective dad could make.

Adding to their family, the pair was also blessed with their son Rollo Michael Kennedy, who was born in April 2015. Tim, who has an estimated salary of $515,000, welcomed his first son with open arms while posting a picture of him holding his baby on Twitter. You may also like: Callan McAuliffe Dating Status At Age 23; Found Perfect Girlfriend? Find It Out

He introduced baby Rollo to his followers.

At a time, when sportspersons especially fighters are finding it tough to deal with fatherhood, (ask Manny Pacquiao's father)Tim is embracing fatherhood in a way other fighters can just dream of!