By LRU Writer | On: December 17, 2019
In terms of Timothée Chalamet's education, he attended La Guardia...appeared in several other notable movies such as...were criticisms from the gay community for casting a... rumors about their dating started in back in 2018 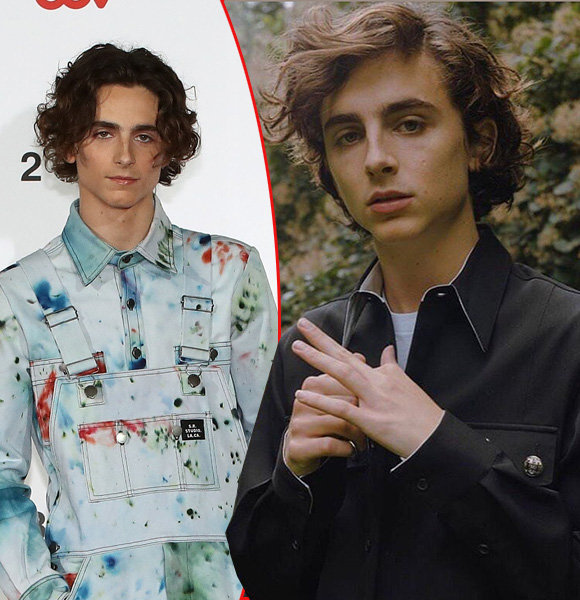 Timothée Chalamet became the third-youngest person to be nominated for Best Actor category in the Oscars for the movie, Call Me By Your Name (2017).

Apart from the groundbreaking project, he has appeared in several other notable movies such as Ladybird (2017) and Interstellar (2014).

As of now, he is involved in big projects such as Netflix's highly awaited movie The King (2019). Moreover, he will be appearing in A-list director Dennis Villeneuve's upcoming sci-fi movie Dune that is slated to be released in 2020.

Several audiences and fans are curious about Timothée's sexuality following his breakout role in Call Me By Your Name(2017). The movie, which is based on André Aciman's 2007 novel, is a coming of age romantic gay drama. In it, Timothée portrays the role of Elio Perlman, a teenager coming in terms with his gay sexuality.

Director Of Call Me By Your Name :- Luca Guadagnino, A Gay Man In A Living Relationship! Who Is His Partner?

But in reality, he doesn't identify himself as gay. Moreover, there were criticisms from the gay community for casting a straight actor for gay roles. However, the book's author defended the decision during an interview with The Independent.

As of today, Timothée's relationship remains under speculations as he is linked with actress Lily-Rose Depp. The rumors about their dating started back in 2018.

The two first met in the set of their Netflix movie, The King, where they star alongside each other. The actor was first spotted with his rumored girlfriend in public in September 2018 at Central Park, New York, strolling together.

Likewise, several media managed to come across them sharing PDA filled moments in places like Paris.

Above all, the rumored pair created quite a buzz among tabloids on 9th September 2019 during their getaway to Capri, Italy. That day, many intimate pictures of the two kissing one another in a yacht made it to the internet. Timothée Chalamet and rumored girlfriend  Lily-Rose Depp at the  red carpet premiere of their movie The King (2019) (Photo: glamour.com)

However, the alleged lovers have never confirmed their relationship.

Talking about his previous relationship, the artist dated singer Madonna's daughter Lourdes Maria Ciccone Leon from 2013 to 2014. The two first met one another while attending  La Guardia High School of Music & Art.