By LRU Writer | On: January 09, 2020
Tina Fey is an actress and comedian who is famous for SNL and 30 rocks..she is married to her husband...and has kids named...her net worth is estimated to be...stands at the height of 5 feet 4½ inches (1.64 meters)...relationship with her family...and she is a huge fan of the Star Wars...wiki reveals her age...uses references to the movies in her roles and writing... 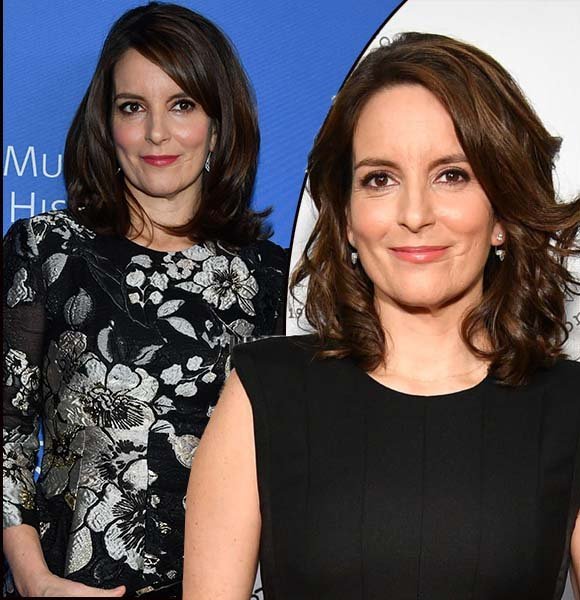 Tina Fey is an American actress and comedian, best recognized from Saturday Night Live and 30 Rock. She was the first female head writer of SNL and the creator and lead actress on 30 Rock. She also works as a writer and producer.

Tina even wrote the screenplay of the classic hit, Mean Girls (2004).

The actress is married to Jeff Richmond, a Hollywood composer, and producer. Tina met her husband at the Del Close’s ImprovOlympic Theater of Chicago’s Second City in 1993.

Another Famous Actress:- Inside Kate Bosworth Married Life With Husband & Net Worth Details

The two fell in love with each other and dated for more than seven years before finally exchanging their wedding vows on 3rd June 2001 in a Greek Orthodox ceremony.

Born on 18th May 1970, the actress is a Pennsylvania native.

Tina's parents are Donald Fey and Zenobia Jeanne Fey. Her mother worked in a brokerage firm while her father wrote grants for the University of Pennsylvania.

Interestingly Tina has a mixed ancestry as Zenobia is a Greek-born in Piraeus while Donald had German, Northern Irish, and English ancestry.

Tina enjoys a net worth of around $65 million. Thanks to her career as a successful actress, comedian, writer, and producer, that has enabled her to accumulate a considerable amount of money.

In 2016, the actress and her husband purchased a $9.5 million apartment which was just above their $3.4 million New York City home

Moreover, her husband's net worth is estimated to be more than $3 million.