Todd Tucker With Massive Net Worth; Wife Kandi Burruss & Children Get All Love

By LRU Writer | On: December 02, 2019
Todd Tucker managed to progress financially very well by raking in a net worth...Kandi Burruss who is well known as a cast member of... their daughter was born to a surrogate mother as Kandi possessed risk...Interestingly following their wedding a few years later... 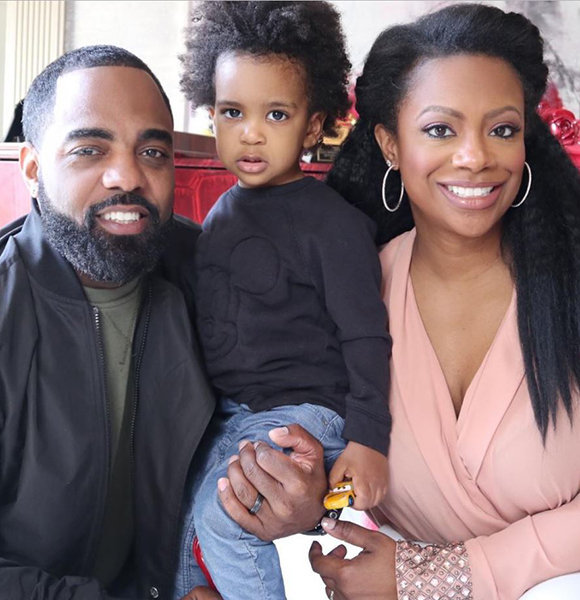 Todd Tucker has gained considerable success from his career choice as a production coordinator and manager. Also, his recurring appearance in the hit reality shows like Run's House and Real Housewives Of Atlanta has made him a reality star in the showbiz world.

Along with fame, he managed to progress financially very well by raking in impressive net worth. Afterall with appearances in numerous highly-rated shows such as Steve Harvey and The Doctor Oz Show, financial stability is eminent.

In terms of his financial position, Todd relishes a net worth of $400,000.Coming from the entertainment business, this amount doesn't come as a surprise since he has been affiliated in various notable TV projects.

Todd worked as a production manager for the hit shows like Hip Hop vs. America II: Where Did the Love Go and Heart of the City. He also served a the line producer for the show BET News.

The American producer is married to singer Kandi Burruss who is well known as a cast member of Real Housewives Of Atlanta. They started dating in 2010 after working together in RHOA since Todd worked as a producer of the show.

Likewise, after dating for about a year, he proposed her for marriage in the New Years' Eve of 2012. So on, they officially tied the knot on 4th April 2014 in a Coming to America themed wedding reception held in Atlanta. Interestingly following their wedding a few years later, there were speculations about his wife's lesbian sexuality. But these rumors didn't have any significant effect in their relationship at all as they showed no sign of split.

As of today, Todd and Kandi are parents to their two children, a boy and a baby girl. His son Ace Tucker was born in January 2016, whereas their daughter Blaze Tucker made an entrance into the word on 22nd November 2019. Interestingly, their son was born through In-Vitro Fertilization, a process of fertilization where a fertile egg is merged with sperm outside the body.

Likewise, their daughter was born to a surrogate mother as Kandi possessed health risk with normal delivery due to her medical history with fibroids, noncancerous growths in the uterus.