By LRU Writer | On: October 10, 2019
Tony Hinchcliffe started off as a performer at the Hollywood Comedy Store in...has been proved as a tough task to decipher a comedian as people get confused whether he is telling the truth or...gained the exposure he so dearly wanted and got a job as a host in... 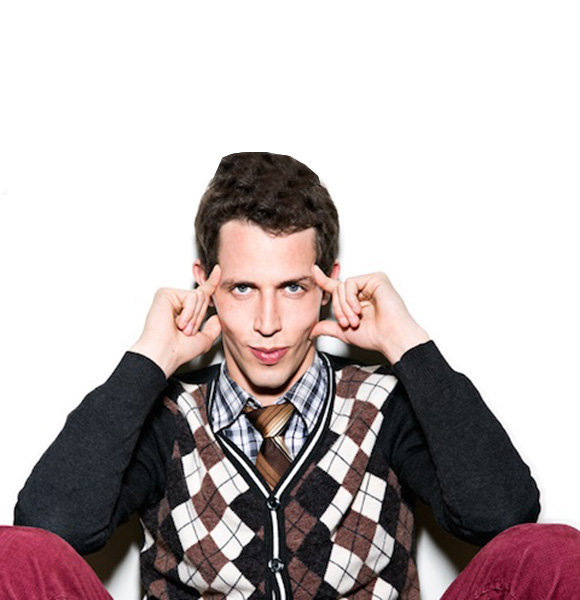 Making people laugh is not a child's play, and it is evident from all the failed comedians' careers.

Despite all the challenges in the field, Tony Hinchcliffe makes comedy look like an easy task.

Starting as a performer at the Hollywood Comedy Store in 2007, the stand-up comedian raced his way through the top from his humorous taunts and epic comic timing.

Now, he is an audience favorite with a weekly show every Monday at The Comedy Store in LA and tours all over the globe.

It has been proven as a tough task to decipher a comedian. People often get confused about whether they are telling the truth or just using another punch line.

Tony is also notorious for the same traits. Though he speaks a volume about his personal life on Twitter, there is no way to differentiate the truth from the lies.

He cleverly talks about girlfriend and wife but never actually reveals if he has one. In May 2011, Tony addressed his fans about the gay rumors surrounding him but defended himself as a straight guy.

All in all, judging by his activities, he seems to be single. However, Tony could be looking for a girlfriend to date.

Born and raised in the United States, Tony Hinchcliffe - age 35 - rose to different heights as a comedian. Tony's parents - whom he likes to call "mafia" - continuously supported him. Further, he also has a brother with whom he lived together in LA. During his struggling days, his brother was the only family member with the comedian. Slowly, he busted one show after another and secured a permanent spot in the comedy circle.

As of now, Tony is a recognized name in the comedy business and frequently appears in the Joe Rogan Podcast show, Joe Rogan Experience. As of 2019, his writing accolades are on display from the TV special, Super Bowl Greatest Commercials.

Also, he is touring to Sacramento for a live performance on 16-17 October at Sacramento Punchline Comedy Club.

As a comedian, Tony needs to be at the top of his game. And, so far, he has successfully managed to do so.

The American comedian kicked off his career with gigs and performances in local venues. Then, he gained the much-awaited media exposure and got a job as a host in Club Potluck Night.

Similarly, 2012 & 2013 turned out to be the most productive years for him as a writer as well as a performer. Also, Tony's 2016 one-hour comedy special, One-Shot, got popular on Netflix, and he gained massive fame for it.

Now, his average annual salary is $40000, and he also earns a bit from his YouTube channel, Kill Tony. Though the writer/comedian's actual net worth is still under wraps, there is no denying the fact that Tony has gained massive success in the past few years.