By LRU Writer | On: September 30, 2019
Tony Horton is quite a.... beyond his life as a fitness figure...Tony tied the knot...As for the gay rumors...his net worth...With a chiseled body like that, it’s needless to say that the fitness guru follows an intense... 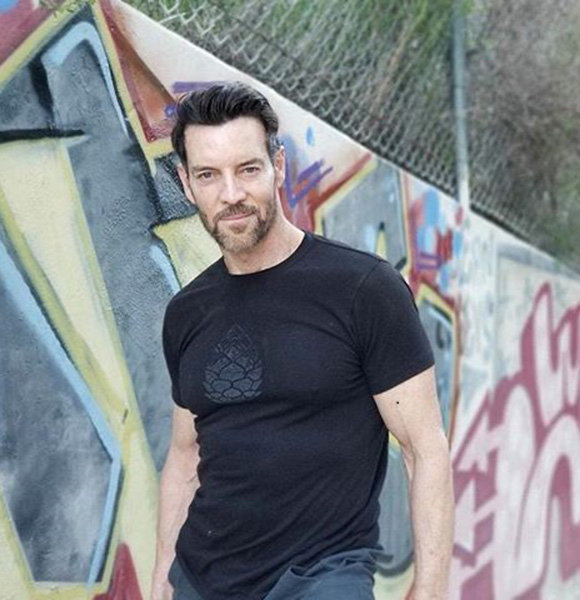 Everybody wants a fit body! But, the gym and intense workout is not everybody’s cup of tea. Well, Tony Horton introduced a solution in 2005 as P90X Power 90 Extreme. P90X is a home exercise regimen, that consists of the combination of training, nutrition, and dietary supplement plan.

In addition to that, he is also an author and a world-class motivational speaker.

At the age of 61, Tony has a body that young men dream of. With a chiseled body, it’s needless to say that the fitness guru follows an intense workout regimen.

For Tony, the essential thing in a workout is not to be bored. So, he has a different routine for seven days of the week.

On Monday, he does plyometrics which focuses on muscle strength and speed. On Tuesday, he focuses on arms and hands. Cardio exercises, including kickboxing, are his Wednesday routine.

On Thursday, he focuses on the upper body, including pushups and pullups or anything from gymnastics. His Fridays are for core workouts. On Saturday, he does yoga for his inner peace. Finally, his Sunday is for adventure sports like rope-climbing, rings, and other exercises.

Despite having an intense workout routine for himself, Tony believes the most important thing to be fit and healthy is to start, show up, and be constant.

Tony Horton is quite a desirable man because of his fitness and masculine built. However, beyond his life as a fitness figure and a celebrated personal trainer, Tony Horton is a married man. He tied the knot to Shawna Brannon on 4th October 2015. As for the gay rumors, his married life with wife throws all such talks out of the question. However, despite his straight sexuality, the fitness expert has been very vocal about his support for the gay community.

Tony was born Anthony Sawyer Horton in a small town in Westerly, Rhode Island. As of now, Tony has been able to make a name for himself in the fitness world. In 2018, Tony was also selected in the list of 100 most influential people in health and fitness. Further, the fitness enthusiast has also ventured in the business world by launching his line of skin and hair care products.

From his impressive list of achievements, Tony's net worth of $20 million does not come as a surprise. In addition to that, Tony also updated the P90X in July 2019 after more than a decade of its initiation. The reason behind the update was to make it more accessible and versatile.