By LRU Writer | On: March 08, 2021
Travis Kelce is an NFL player playing for the Kansas City Chiefs...was drafted into the league during the 2013 NFL Draft...his brother, Jason Kelce also plays in the NFL, for the Philadelphia Eagles...his age is...is dating Kayla Nicole from 2017...were together after his win at the Super Bowl in 2020... 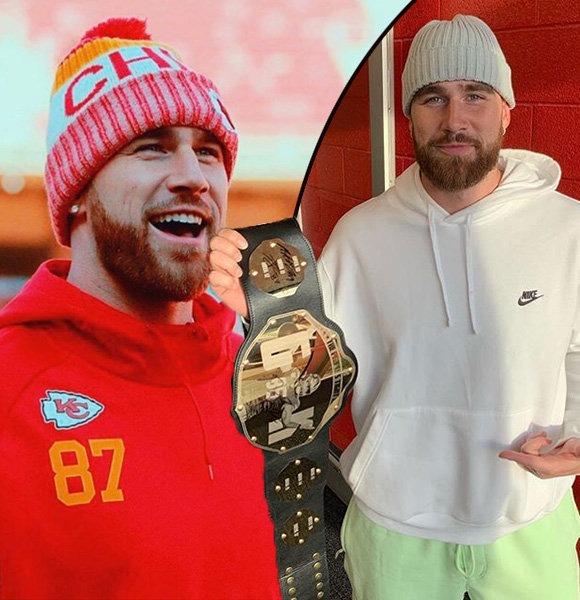 Travis Kelce has faced a fair share of ups and downs in his love life. However, the tight end did not let go of what he loved the most, his girlfriend. And today, he is cherishing his moments with his partner that no one would have expected.

Get along with the article and find out what had gone wrong in their relationship and how they are spending their time together.

Travis is in a romantic relationship with Kayla Brown. Kayla, more popularly known as Kayla Nicole, is a TV personality and host for various networks and media outlets such as NBA, BET, All Def Digital, etc.

They started dating around 2017 and made their first public appearance in May of that same year.

However, after three years of dating, they ended their relationship in the summer. In a now-deleted message, Kelce responded to a tweet that said, "Girlfriend of NFL Player Travis Kelce LEAVES Him After He Got Caught W/ Becky."

He said it was fake news, a lie, and definitely not the reason why he and Kyla broke up. "Take all your hatred somewhere else, please." told the NFL player.

Kelce's response came after Kyla deleted all the photos of him from her Instagram. Then, she shared a video of a woman singing the song "blocking you ... blocking you blesses me. Your opinion doesn't count." And for the caption, she wrote, "In the name of the Father, Son, and Holy Spirit!!!! Y’all need to try Jesus, NOT ME."

However, the couple was back together by December. In an interview with WNBA’s Chiney Ogwumike, Kelce revealed they gave their relationship another go while discussing his Christmas list. He said, "My girlfriend, Kayla. Kayla is definitely on the list.”

And it seems like their relationship has grown better than ever. After Kansas City's loss to the Tampa Bay Buccaneers in Super Bowl 2021, Kelce took his girlfriend on vacation to Puerto Rico. Kayla shared a couple of pictures from their gateway, which suggested that the two are getting along very well.

More On His Girlfriend

Kayla is a Los Angeles resident. She went to Pepperdine University in Malibu, California, and graduated from there with a degree in Broadcast Journalism.

Another TV Host:- Who Is Yanet Garcia Boyfriend Now? Details On Dating & Net Worth

His brother, Jason Kelce, is also a football player. The brothers played together at the University of Cincinnati for three seasons. Jason, who plays for the Philadelphia Eagles, was drafted by them in 2011.