Who Is Yanet Garcia Boyfriend Now? Details On Dating & Net Worth

By LRU Writer | On: January 31, 2020
Yanet Garcia is known as the hottest weather girl on the internet...is with boyfriend Lewis Howes...has been dating his from January of 2019...was in a relationship with professional gamer Faze Censor from 2015 to 2018...has a net worth of around $3 million...her bio and height are given below... 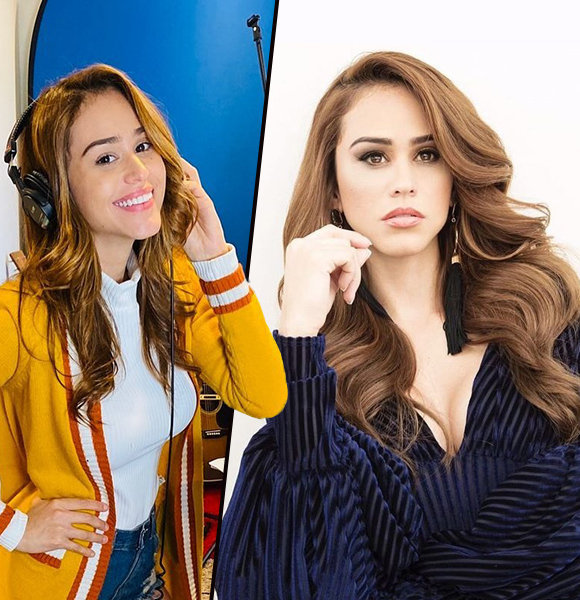 Mexican meteorologist Yanet Garcia is famous for her weather reporting and her looks.

She gained fame as an Instagram model and then transitioned to be the weather reporter on Televisa Monterrey news. She is known as “The Hottest Weather Girl,” a title that was given to her by Playboy.

Other than her modeling and news job, she also has done a few jobs in acting. The actress has worked in the 2019 movie Bellezonismo and 2017 TV movie Sharknado 5: Global Swarming.

Yanet met Lewis Howes on the 18th of January 2019. They have been dating ever since. The couple celebrated their first anniversary on the 18th of January 2020.

Who is Lewis Howes?

Lewis is an inspirational speaker, influencer, and businessman. He is a New York Times bestselling author and an owner of a multi-million dollar online media company.

Lewis is the US Men’s National Handall Team athlete. He is also a former Arena football player.

Yanet was in a romantic relationship with gamer Doug Censor Martin, a.k.a FaZe Censor. They started dating from around 2015.

The ex-couple even lived together in New York City for over a year. But, their relationship started to degrade after Yanet had to move to New Mexico to work on the Mexican TV show Hoy as a weather reporter.

Following this distance between the two, the former pair ended their relationship in July 2018.

Doug, who is a professional Call of Duty player, uploaded a video on his YouTube channel revealing his break up with Yanet. Doug initiated the split because he needed more time to focus on Call of Duty. Yanet, too, tweeted about the end of her relationship with Doug on the 20th of July 2018.

Yanet Garcia has an estimated net worth of around $3 million as per Celebrity Net Worth.