How Much Is Tre Cool Net Worth? Personal Life Insight 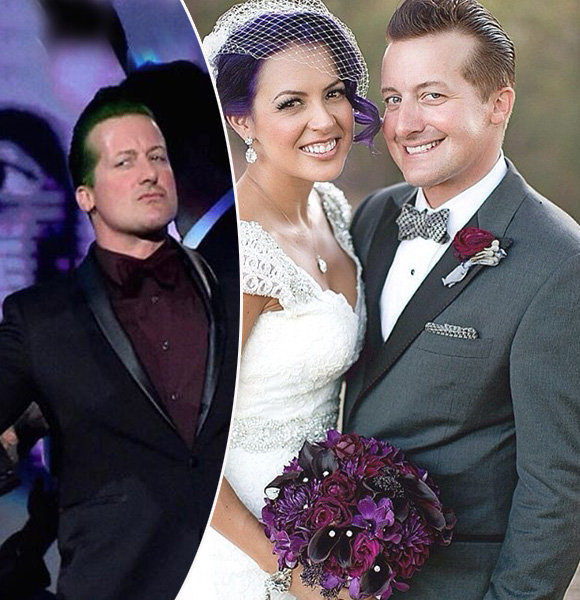 Tre Cool became a distinguishable name in rock music due to his affiliation with the generation-defining band Greenday. Not only did he worked as a drummer for his group, but he provided back vocals on several hit tracks such as Boulevard Of Broken Dreams.

Also, his talent was recognized by Drum Magazine in 2011 after he was awarded the title of Best Punk Drummer. Moreover, alongside his bandmate, the artist has been nominated for twenty Grammy Awards to date.

Tre is a family man and lives a married life with his longtime partner and best friend Sara Rose Wright. His wife is a photographer and together the pair formed a band named Bubu and The Brood. She is also quite popular in social media and her Insta handle consists of more than 30 thousand followers.

The drummer first engaged her in January 2014 and tied the knot to her by the end of that year on 11th October. Likewise, after four years of marriage, the pair were finally ready to step into the journey towards parenthood.

So, on 31st July 2018, they made a cute announcement through Tre's Insta handle disclosing Sara's pregnancy. And finally, on 29th December 2018, their baby boy Mickey Otis Wright arrived in the world. He also shared the picture of his bundle of joy who weighed 7 pounds at the time of his birth. However, this isn't Tre's first experience with fatherhood. He has a daughter named Ramona Isabel from his first marriage to Lisea Lyons in 1995 while the two got divorced a year later. The drummer also has another son named Frankito from his second marriage to a girl named Claudia whereas the union lasted until their divorce in 2003.

How Much Is Tre Cool's Net Worth?

As of today, Tre has amassed a net worth of $50 Million from his music-making career. Because his band Greenday sold more than 75 million records worldwide to date, this figure doesn't come as a surprise.

Also, the singer has put his finance into some profitable investment. In 2018, his 2,103 square feet housing property near Lido Marina Village, California was up for sale. His asking price for the residence was $1.875 million.

It not known if he ended up finding a suitable buyer, but if he did, Tre certainly raked in some profit. After all, he originally purchased the $1.6 million back in August 2007.

Facts About Tre Cool Including Age :