By LRU Writer | On: November 07, 2019
Tremont Waters faced heartbreaking news aired in July 2019, just three weeks after the father and son relived a dream of reaching in the...had been his supporting pillar his whole life and now he lost one of the most prominent figures in...lovers crossed paths in high school and since then have been... 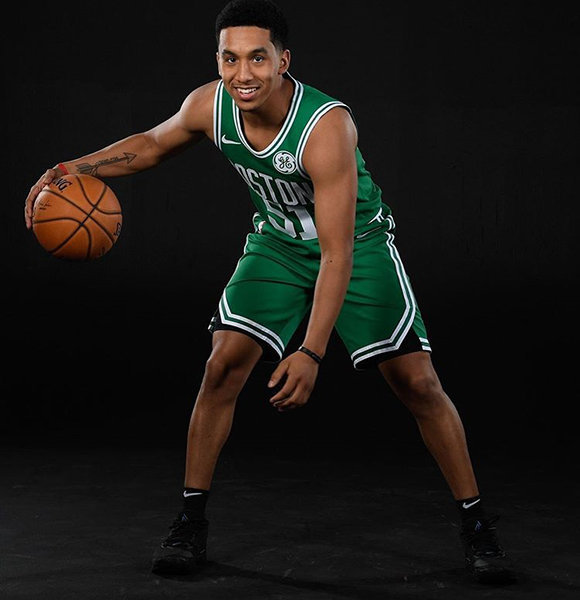 Just when things started getting better for young Tremont Waters, he had to go through the unbearable pain of losing his father.

The heartbreaking news aired in July 2019, just three weeks after the father and son relived a dream of reaching in the NBA.

The childhood dream of the two was accomplished as the promising Tremont got selected by the Boston Celtics in the 2019 NBA Draft. While his father was there to see his son get chosen, he could not see him play in the green jersey.

Tremont Waters went through a lot of pain when he heard about the news of his father’s suicidal death. The 21-year-old was training for the Summer Leagues with the Celtics when his mother Vanessa called him.

His parents had been his supporting pillar his whole life, and now he lost one of the most prominent figures in the family. Tremont and his six siblings brothers had the responsibility to be the protector of the family during the challenging time.

However, the point guard was right amidst the action playing in the final of the Summer Leagues for the Celtics as he did not want to give up on the dream, he and his father lived together for.

Now, Tremont supports his mother and continues to improve in his game as well.

Along with a supportive family and caring parents, Tremont Waters is also blessed with a loving girlfriend in Mercedes Brooks. The lovers crossed paths in high school and since then have been dating each other.

She is a basketball player for the LSU women’s team and connects with him on a professional level as well. Marcedes was also alongside her boyfriend while he coped with the death of his father. Though the pair are not married, the NBA rookie still calls Mercedes "his wife," and it seems their romance is on the verge of taking a new step soon.

Growing up in New Haven, Connecticut, Tremont started his basketball journey playing for the Notre Dame High School. Tremont's height of 5 feet 10 inches (1.81m) and weight of 79 kgs helped him become the perfect guard for his team.

Soon, he continued his excellent run of form in college-level playing for the Louisiana State University. In the 2017-18 season, he bagged 198 assists, breaking the all-time freshman record of 158.

Similarly, he was declared SEC Co-Defender of the Year in 2019 alongside Ashton Hagans. Now, he has signed a two-way contract with the Boston Celtics in the NBA and is looking to create an impact in the league.