By LRU Writer | On: January 24, 2020
Tricia Helfer is a Canadian model-turned-actress...winning Ford’s Supermodel of the World in 1992...modeled for Giorgio Armani, Versace, and Givenchy among many others...at the age of...previously married to Jonathan Marshall...filed for divorce in February of 2018...when her husband...has a net worth of...the height of 5 feet 10 ½ inches...dating status...with her family... 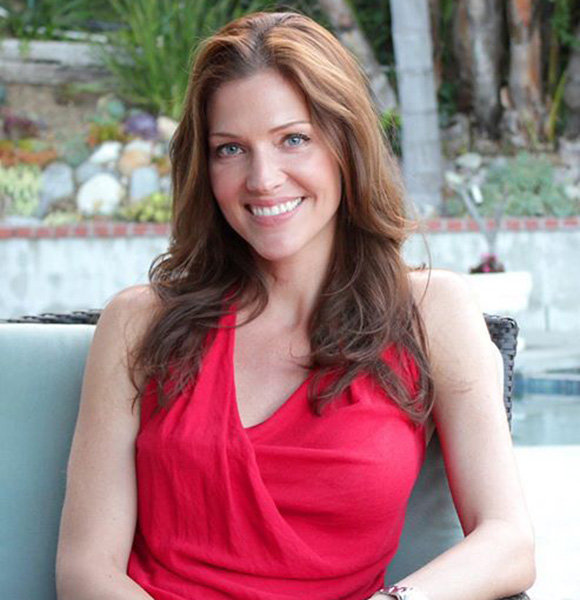 Tricia Helfer is a Canadian model-turned-actress best known for her roles in Battlestar Galactica (2004) and Lucifer (2016-2019).

Initially rising to prominence after winning Ford’s Supermodel of the World in 1992, she has modeled for Giorgio Armani, Versace, and Givenchy among many others.

On top of being an accomplished actress and model, she is also an excellent voice actress. StarCraft II: Heart of the Swarm (2013), Mass Effect 2 (2010), and Mass Effect 3 (2012) are some of the games she has given her voice to.

Tricia Helfer was born on 11th April 1974 in Donalda, Alberta, Canada. Born to farm owners Dennis Helfer and Elaine Helfer, she grew up in Alberta where she attended William E. Hay Composite High School in Stettler.

The Battlestar Galactica actress was previously married to Jonathan Marshall, a lawyer. The two first met at a mutual friend’s birthday party and began dating. Tricia tied the knot with Jonathan on 18th October 2003. The two lived together until they announced their split in May of 2017.

Tricia went on file for a divorce in February of 2018. The legal papers request that neither she nor her husband pay any spousal support.

After the split, the actress claimed that they were still supportive of each other. She also opened up about their decision to take different ways. In her own words:

Just moving on with another phase of my life – I’m getting, will be getting divorced – and, but it’s a friendly situation, were supportive and loving of each other and sometimes things just, you know, things just take a different course and you go, ‘let’s go a different direction’.

She further added that they were together for 15 years and should continue to be there as a support system for each other.

The model turned actress has not been linked to anyone romantically after her split. She was, however, rumored to have dated Sylvester Stallone, the Rocky (1976) star, during her early days as a model.

According to celebritynetworth.com, the Lucifer actress has a net worth of $8 million.