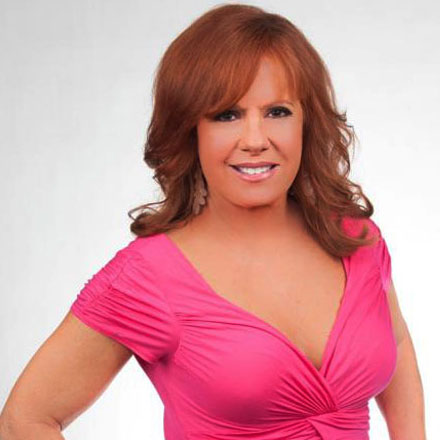 The senior business correspondent for Fox News Channel, Brenda Buttner was an example of a perfect fusion of beauty with brain and also had some serious, talented host of Bulls and Bears, an American business analysis show on Fox News Channel. Let's take our time out to know more about her notably secretive personal life.

Brenda Buttner, who is the mother of two children, married American political pundit and a real estate investor, Tom Adkins back in 2006 but their relationship couldn’t last long and the couple divorced in 2010. They have two daughters: Rebecca Adkins and Rachel Adkins.

Brenda did speak in 1997 about the female investing attribute when she was the host of the television show The Money Club on CNBC network on weekdays.On her statement, she gave to sun-sentinel.com on August 4, 1997, she said;

"Women are not afraid to simply admit they don't know about something, which men rarely do,''  “So women realize there is no such thing as a stupid question when it comes to understanding an investment."

"Women also tend to be better at research and take the whole activity of investing more seriously,'' They don't take `hot tips,' know what their goals are and are not afraid to hold their investments for the long term."

That statement of Buttner is probably the most important key to successful investing for women.

Her Dating Life and Boyfriend:

Apart from that, Brenda was single and did not have a boyfriend in past years. She was not linked to other men, nor there do any rumor about her dating, someone. She might already have seen last of relationships as she seems to have to concentrate on her daughters.

The Untimely Death Of Brenda Buttner:

Brenda Buttner, before her untimely death, was the senior business correspondent as well as the host of Bulls and Bears on weekdays on Fox News network. She was born and raised in New York and joined Fox in 2000. Unfortunately, Brenda suffered from cancer for over a year until cancer took her life on Monday, February 20, 2017. She died at the age of 55 years old. Some her Fox News Colleagues like Eric Bolling, Greta Van Susteren, Julie Roginsky, Tammy Bruce gave their heartfelt condolences in her sweet remembrance. A Look Back At Late Brenda Buttner's Life:

Before joining Fox News Channel (FNC), Buttner served as the host of CNBC's "The Money Club." She also worked as CNBC network’s correspondent in Washington. Before that, she began her career as a reporter as well as an anchor for KCRL-TV (NBC 4) in Reno, NV.

Buttner was a beneficiary of the1990 National Clarion Award for Best News Story as well as 1996 Cable Ace Award for Best Business Programming. Moreover, she had her articles of finance published in leading publications such as Ladies Home Journal and The New York Times.

Even after possessing a fruitful career, Brenda was not among those who liked to flaunt their possessions. She used to keep her financial settlements quiet and never revealed her net worth.

It is a grave loss for the journalism industry to lose someone like Brenda. The 55 years old was so determined to fight with cancer and also replied a tweet mentioning she had more fighting to do back in May of 2016.

LiveRamp expresses deepest condolences towards Brenda Buttner. We pray for her family in these moments of struggle.

Rest in peace Brenda Buttner, you will be missed.