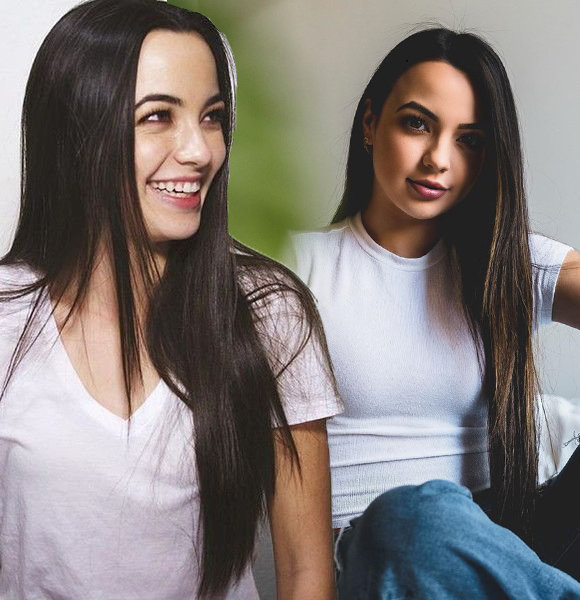 Vanessa Merrell is an American YouTube star known alongside her twin sister Veronica Merrell as the Merrell twins. Their YouTube channel “merrelltwins” has almost five million subscribers and the lively star shows no signs of slowing down.

Read on to learn more about Vanessa and her life.

Vanessa Jo Merrell was born on 6 August 1996 in Kansas City, Missouri. Her father Paul Merrell is a musician and video producer and has also helped his daughters in producing their video content. Similarly, Vanessa’s mother is Wendy Merrell while Veronica Merrell is the YouTuber's elder twin sister.

Vanessa had an interest in music and acting from a young age. Her parents had the twins trained in music as she began playing piano in fifth grade. Besides the piano, she can play several other instruments like guitar and violin. Her vocal skill is also superb and is complemented by her beautiful and soulful voice.

Vanessa moved to Los Angeles, California, with her sister at the age of 16 to pursue a career in acting. There, she attended college and majored in film production.

Is Vanessa Dating? Past Relationship

The Merrell twins frequently feature in AwesomenessTV’s videos. Back on 5th November 2019, the channel’s Twin My Heart series’ (a dating show) sixth episode was released. In the video, Vanessa chose Christian Seavey as her match.

Christian Seavey's Brother:- Daniel Seavey's Age: All About The American Idol Star Who Is the Upcoming Band Sensation of 2017

The two went on a date on 6 November 2019 and many fans of the show cheered for the duo. Many hoped that the two would turn into a couple. AwesomenessTV uploaded a video titled “Vanessa Merrell and Christian Seavey Tell All About Their Relationship *your questions answered” on 19 November 2019. To the disappointment of many people, Vanessa and Christian confirmed that they were just friends.

It turned out that Christian is not her boyfriend, thus Vanessa is still single. Besides Christian, Vanessa has only been romantically linked with one other person. YouTuber Aaron Van Wormer dated the younger Merrell from 2015 to 2016.

Net Worth And Career

The channel of the twin sisters is hugely popular on YouTube. It has over 970 million views and generates yearly revenue ranging from $43,100 to $689,600. Additionally, Vanessa also had a recurring role in Jane the Virgin and has played in the 2016 film, The Standoff.

Further, she has appeared in episodes of Faking It and Hyperlinked. She even hosted the reality TV series, Food Truck Fanatics.

From her successful YouTube and acting career, Vanessa has secured a net worth amounting to $2 million.