By LRU Writer | On: February 23, 2020
Vaughn Rasberry is an associate professor at Stanford University. He specializes in literature and history. He is also a published author known for the book...Vaughn and his wife welcomed their first child, Edward Aszard Rasberry, on...Tatyana Ali has a net worth...Vaughn completed his B.A. from... 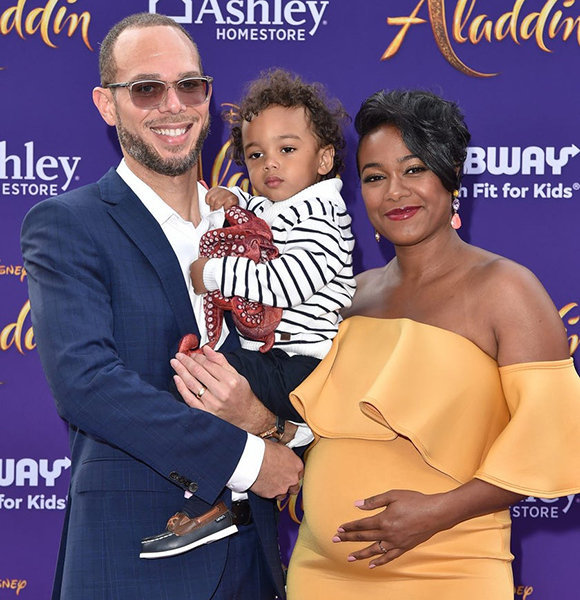 Vaughn Rasberry is an associate professor at Stanford University. He specializes in Literature and History.

He is also a published author of the book, Race and the Totalitarian Century: Geopolitics in the Black Literary Imagination. The book fetched Vaughn Ralph Bunche Award and American Book Award in 2017.

Vaughn Rasberry is married to Tatyana Ali. The couple first met via eHarmony-online dating site in 2014 and hit it off.

The pair then got engaged and pregnant with their first child; they announced both the good news in March 2016. After four months of the announcement, the couple tied the knot on 17th July 2016. The wedding was an intimate affair with over 100 guests present to bless the new couple. The ceremony was a day time celebration with a Caribbean vibe.

Vaughn and his wife welcomed their first child, Edward Aszard Rasberry, on 16th September 2016. Edward was named after his grandfather and great grandfather.

Who is Tatyana Ali?

Tatyana Ali is a former child actress who gained fame as Ashley Banks on the popular sitcom, The Fresh Prince of Bel-Air ( 1990-1996). Since then, Tatyana has gone on to accumulate over 75 acting credits. Her prominent projects include TV series, namely The Bobby Brown Story (2018), Olive Forever (2018), and Zoe Ever After (2016).

Along with her acting gigs, Tatyana also tried her hands in music. She released her debut album, Kiss the Sky, in 1998. The album reached number forty-seven on the U.S. Billboard Hot 100 charts and later became gold certified.

Her single, Daydreamin, managed to gain the number six spot on the U.S. Billboard singles chart.

According to Celebrity Net Worth, Tatyana Ali has a net worth of $6 million.

Vaughn completed his B.A. from Howard University in 2000. Then, he went on to receive an M.A. and a Ph.D. degree from the University of Chicago in 2001 and 2009, respectively.

Moreover, he has also written articles for Al Jazeera English and Public Books.