By LRU Writer | On: January 24, 2021
Veronica Montelongo’s name got imprinted on the audience’s mind when she appeared on the A&E’s show Flip This House in 2005...husband and co-star Armando Montelongo...wedding preparation...fell in love with her professional partner, John... 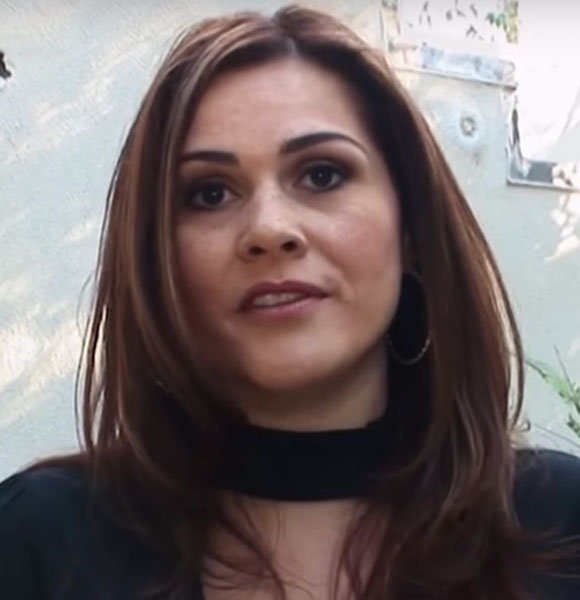 Veronica Montelongo’s name imprinted on the audience’s mind when she appeared on the A&E’s show Flip This House in 2005.

Her chemistry with then-husband and co-star Armando Montelongo had people invested in the show. Post leaving the program after three seasons in 2007, she concentrated on furthering her career as an interior designer.

Veronica forayed into reality TV along with her then-husband, Armando Montelongo, in 2005. While they were a good team on the reality show, the same togetherness didn’t last long off-screen. Well, the couple divorced after fourteen years long married life in 2011. They share a son named Mondoman, who is now 22-years-old. Veronica and her ex-spouse continued to co-parent their son after their divorce.

The surprising thing about their divorce was, despite being the “it” couple from a reality show - that captured the nation’s attention - no information got out. The famous couple was able to maintain such secrecy because Veronica’s ex had their initials to do all the dealings in the court.

However, the details came out when Veronica sued her ex-partner for failing to pay her agreed alimony.

Armando's initial agreement would pay $4,000 a week in alimony plus an additional annual payment of $250,000 for five years. But, he failed to pay the spousal support of 2016.

Veronica was rather upset about the issue; she asked the court to send him to Bexar County Jail if he failed to comply. However, the situation didn’t come to that as the exes reached an agreement and didn’t press the matter further.

Although the spousal dispute was settled, court trouble didn’t seem to end for the Flipping Nightmares star. More than 400 students sued Armando for giving them worthless advice on real estate. The angry bunch was seeking at least $15 million in monetary damages.

In all the trouble, Armando Montelongo had his new wife, Whitney, to keep him company.

What Is Armando Montelongo Net Worth?

The American real estate businessman and TV personality Armando Montelongo has accumulated a net worth of $50 million. He is the founder of the U.S. real estate investment business, Armando Montelongo Companies, located in San Antonio, Texas. He had moved back to his hometown from California in 2001 to start a career as a real estate investor. Then in 2005, he started conducting seminars and, after three years, began Armando Montelongo Seminars. The seminars provide information on the company's three-day workshop and $25K in-person training workshop with the boss himself.  He conducts seminars all over the world with an estimation of 300K attendees every year.

In 2011, the company was recognized as the top education business and one of the fastest-growing companies in the country. Moreover, he was appraised as one of the top three Hispanic business owners.

Montelongo is best known for his appearance in the American TV series, Flip This House. For the second season of the show, Montelongo's team was recast from Atlanta and San Antonio and Veronica, Randy Burch, and Brent Holt.

In 2001, he formed a production company named Armando Montelongo Productions that produced a feature film, Line of Duty. The film premiered in February 2013.

The reality star is very coy about her personal information. She refuses to reveal any information about her age or birthday, for that matter. Also, she doesn't have an Instagram account. No wonder it is hard to get an insight into the real estate heavy-weight's personal life.

However, she is very active in the real estate scene. She cashed in on her reality show, Flip This House’s popularity, and started working with a business partner, John Morales.

While working side by side in business, Veronica fell in love with her professional partner, John, and turned him into her boyfriend. The pair got engaged in June 2014. Although she shared about her wedding preparation on Facebook, the dating couple didn't tie the knot.

Maybe they are waiting for the right time?