By LRU Writer | On: May 10, 2019
A TV host by trade, Vick Hope equally excels at radio, broadcast as well as print journalism. What makes her a remarkable talent is her unwillingness to build ties with a specific network... From BBC, ITV, Disney Channel, 4Music to BoxPlus network, BT Sport & Skyone, there isn't a single British/International platform which hasn't employed the multi-lingual TV presenter in some capacity... 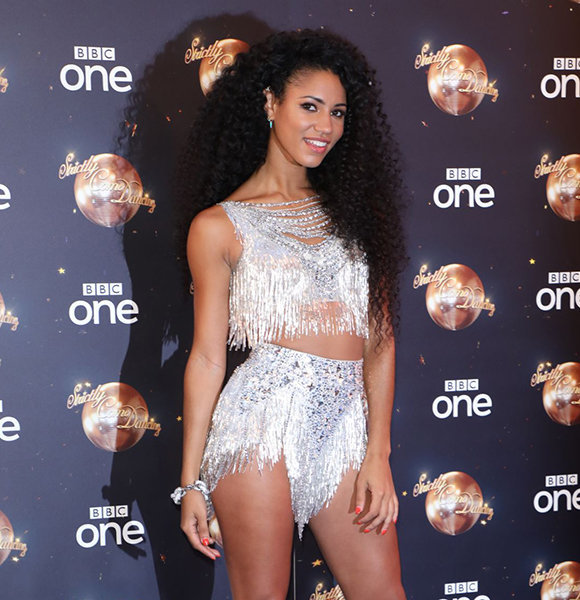 A TV host by trade, Vick Hope equally excels at radio, broadcast as well as print journalism. What makes her a remarkable talent is her unwillingness to build ties with a specific network.

The backstage presenter for The Voice is also a Marie Claire's Broadcasting Powerhouse Award recipient. Her other notable mantles include Hello Magazine's Rising Star and Fabulous Mag's Future Face.

As a presenter of live shows, Vick boasts several high profile gigs including The Women’s March London, Capital Summer Ball 2018 and The Johnson and Johnson Beauty Awards. Meanwhile, her writings have graced the pages of Marie Claire, MTV.co.uk and The Argentina Independent.

Her TV/Radio catalog is equally mindblowing, with credits on shows such as Capital Breakfast, Carnage, Trending Live, The Voice Kids, Vick’s Viral Videos and many more.

Born on 25 September 1989, Vick - now age 29 - is a native of Newcastle of Tyne, English. Despite her globe-trotting media career, she still holds British nationality.

Because of her parents' diverse lineage, the famed presenter identifies as belonging to mixed ethnicity. She was born to a bi-racial couple. Her father Geordie Nigel Hope is Caucasian while her mother Adeline Nwosu is of African descent.

Interestingly though, she's her parents' only daughter. Her siblings - Louis, Theo, and Gabriel - are all male.

A bright student from her high school days, the Weekend Breakfast with Vick Hope star is also a Cambridge University Alum. She graduated from the prestigious educational institution in 2011 with a B.A. in Spanish, French, and Portuguese.

Beyond her academic pedigree, Vick possesses immaculate body measurements, with an ageless skin to complement it. Meanwhile, her height and weight read 5 feet and 7 inches (1.70 m) and 55 kilograms (121 pounds) respectively.

Neither of the two! As evidenced by her 2018 interview, Vick appears to be single and up for grabs.

That said, a handful of man in the industry fell for the Capital Xtra presenter's personality and charms in the past. Her first known boyfriend - and also the only confirmed - is British actor Tom Rosenthal.

For four years, she and her ex-boyfriend Tom enjoyed a blissful dating phase before their very public split in 2017. Citing mid-life crisis, Vick ended their romance amid fears that she might wound up getting married to a wrong one.

After Tom though, she reportedly began seeing Towie star, Jordan Davies. The rumors of the duo dating stemmed from the 2017 viral tweet, wherein Jordan jokingly tweeted about his engagement with Vick. It is still not clear whether the two ever shared any romantic ties.

Then came musician Myles Stephenson. Despite dating rumors, Vick and her alleged boyfriend Myles are yet to make a public appearance as an official item. During her stint at Strictly Come Dancing in 2018, her name got linked with fellow contestant and Graziano Di Prima. In an interview, she shot down the rumors by revealing about her rumored boyfriend's muse.