By LRU Writer | On: July 23, 2019
Victoria Villarroel Gamero is a beauty...started working for...her career as an a...her birthday on...about her parents... a relationship...boasts a net worth of...little closer to...As Kylie's assistant for almost five years now, Victoria should be a hefty earner herself... 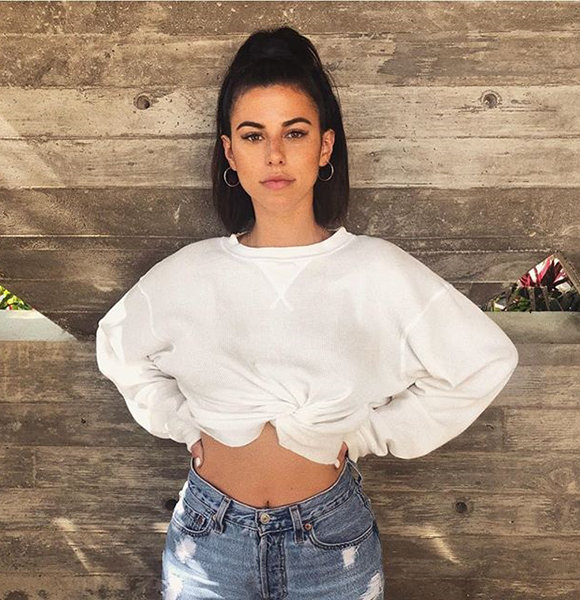 With a model like features, she is quite popular on social media platforms. Her online fame, along with her connection to the Jenner-Kardashian clan, has secured her over 650K Instagram followers.

Initially, she worked for the beauty mogul's mother Kris Jenner as an intern in 2012. Later, she began working with Kylie. Gradually she worked up the ranks and became the billionaire's assistant and close friend.

Alongside her career as a private aid and internet personality, Victoria also co-founded a magazine called The Court.

Victoria was born on 5 March 1992 in Caracas Venezuela which makes her of Venezuelan nationality.

Kylie's Former Best Friend:- Who Is Jordyn Woods & What Is Her Net Worth? Wiki - Age, Parents, Family

She shares a close bond with her little one and considers Sofia her soulmate. Though the 27-year-old is seen with her sister on vacations and enjoying parties, not much is known about her parents.

Victoria's dating life with her boyfriend, Marco Lobo got the spotlight in 2016.

The pair broke the internet when they got engaged on a Malibu trip, mediated by the personal assistant's boss, Kylie. The soccer player and assistant coach for the Los Angeles Galaxy's pre-academy program, Marco plotted with his girlfriend's boss to give her the biggest surprise.

Amidst a platform decorated with a heart-shaped arrangement of candles in Malibu, Victoria's boyfriend asked her to be his wife. Without doubt, the magazine founder and the soccer player got engaged on 17th December 2016. While the next step after the engagement for most couples is to get married. The same didn't happen to Victoria and her boyfriend. Despite getting engaged amidst fanfare, the relationship couldn't last.

Although the Instagram star didn't publicly announce her breakup, the split got speculated when she deleted all the picture with her fiance'. And, after Marco started flaunting his relationship with a new mystery girl on social media, the split became crystal clear.

On the other hand, Victoria has kept a low profile in terms of her dating life.

As Kylie's assistant for almost five years now, Victoria should be a hefty earner herself. The beauty mogul, who boasts a net worth of $300 million, should be paying Victoria more than the standard salary.

Well, the average salary of a personal assistant is $80,000. But it might be a little closer to the millions in case of Victoria.