By LRU Writer | On: November 04, 2018
When it comes to getting reports from the Middle East and other war-torn regions, Vivian Salama's contributions can't be underestimated...Her biography suggests that she received her university education from four different prestigious universities...Vivian, who currently ages...While Vivian might seem like a daring reporter with nothing to lose and far from worldly pleasures, she is still a family woman with a husband and children... 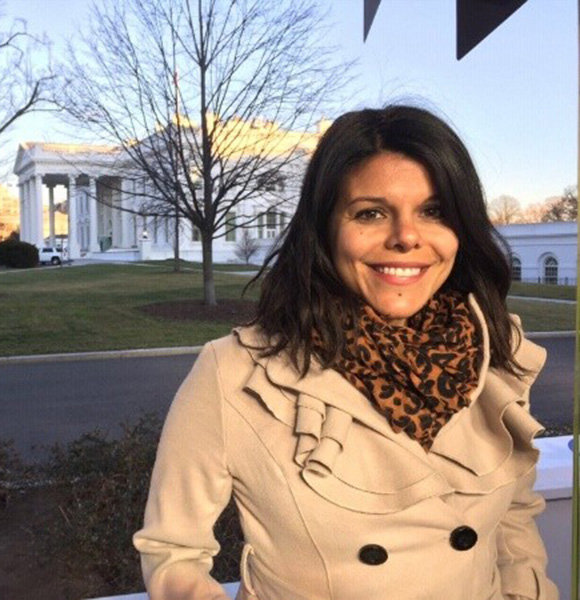 Vivian Salama might not be a household name, but when it comes to getting reports from the Middle East and other war-torn regions, her contributions can't be underestimated.

Known for her dedication and commitment to her profession, Vivian has made a name as one of the most courageous reporter alive.

As of now, she has taken a break from the violent parts of the world and has started a new role in the US' capital, but Vivian is ever ready to get back to her old life. So, today let's take some time to learn the short biography of the brave reporter along with the details of her married life and family.

Biography Of The Daredevil Reporter

Vivian, who joined the Wall Street Journal in May 2018, is presently serving as the White House Reporter for the newspaper. Her biography suggests that she received her university education from four different prestigious universities.

You May Also Like:- NFL Reporter Kay Adams Dating? Her Tweets Hint Yes!

Vivian completed her Bachelor of Arts (B.A.) in Journalism / Theatre from Rutgers University, New Jersey in 1999. In 2004, she joined American University in Cairo located in Cairo, Egypt where she learned the Arabic language.

The reporter later achieved her Masters in Islamic Politics from the Columbia University in the City of New York in 2008. Vivian, who currently age 39, is concluding her education by getting a Doctorate in Law from the Georgetown University Law Center and is set to complete it by 2020.

Apart from her education, Vivian has also gotten involved in freelancing and reporting for several news networks. After working as a freelancer for two years and even being employed as a lecturer in the Rutgers University, Vivian joined Bloomberg TV in 2009 as their Middle East Correspondent.

She worked for the network for nearly two and a half years during which she covered some significant issues including the Dubai financial crisis, the Arab Spring, the European financial crisis and some other stories around the Middle East. She was also elected as the head of the Abu Dhabi Department of the news network.

Her biography implies that she traveled to North Africa as a freelance journalist in December 2011 and remained there for more than two years during which she reported on Egypt's Presidential Election, the Algerian Election, US embassies attacks on Egypt and Libya, and more.

Associated Press even named her as the Baghdad bureau chief in 2014.

During Vivian's stay in the Middle East and North Africa, she traveled to more than 60 countries including war-torn nations like Yemen and Uganda. Her works have also been featured in magazines like Rolling Stone, Foreign Affairs, Time, and so on.

Vivian moved back to the states in 2016 after working abroad for more than a decade. She joined NBC News as a Political Reporter in September 2017 but left the job in May 2018 after which she was appointed as the White House Reporter for Wall Street Journal. She currently earns an average annual salary of $76,256; however, the amount of her net worth has not been revealed.

While Vivian might seem like a daring reporter with nothing to lose and far from worldly pleasures, she is still a family woman with a husband and children.

Vivian is married to a man named Joe Salama, who originally hails from Boone, North Carolina; but the date and other details of their wedding have not been disclosed.

Vivian and her husband are also blessed with two children, both sons namely George Salama and Michael Salama. Her child George is a married man and has even tied the knot with a woman named Carmen. The couple currently live in Greensboro, North Carolina.

Talking about Vivian's family, both of her parents are deceased. Her mother, Charlotte Georges Farag died on 3 November 2013 at the age of 85 in Cairo, Egypt whereas her father has been deceased long-time.

Vivian also has two sisters in her family named Rosette Attia and Venise Fayez who reside respectively in UK and Egypt.