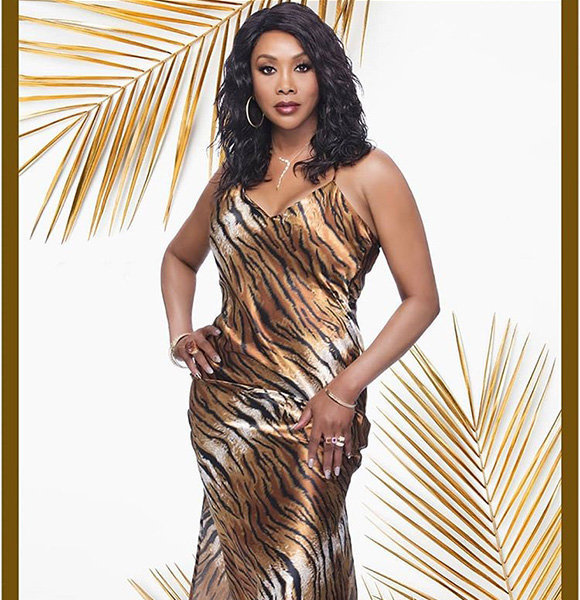 An icon among African-American moviegoers, the name "Vivica A. Fox" commands reverence. Boasting a career that spans over four decades, the actress/model's filmography remains unmatched.

Active since the late 80s, Vivica gets best recognized for her performance in films such as Independence Day and Soul Food. Elsewhere on the small screen, notable TV shows starring her include Arsenio, Out All Night and City of Angel.

As illustrious as her acting career turned out to be, Vivica A. Fox's love life never garnered similar success.

For four years, the Kingdom Come actress and her former singer husband Christopher “Sixx-Nine” Harvest enjoyed a blissful married life before parting ways. The duo ended their marriage in 2002. They had tied the knot in winter of 1998.

Vivica marriage to once-husband Christopher didn't bear any children. Interestingly, there are no details available as to why the former married duo divorced in the first place. Following the divorce, Vivica began dating younger men, one of which includes rapper 50 Cent. The duo enjoyed a brief - yet high-profile - fling in 2003. Per reports, they came close to getting engaged.

Over the years, the Set It Off actress and Wanksta rapper's relationship deteriorated. The former lovebirds' regularly wage a war of words against each other on public platforms.

Placing her feud with former boyfriend 50 Cent aside, Vivica made personal strides as she began dating Omar "Slim" White in late-2009. Oman, an Atlanta-based promoter, popped the question. To which, the actress complied.

After a year as an engaged duo, Vivica and her once-husband prospect Omar called their wedding off. Despite everything, they remained friends.

While her love life suffered, Vivica's career as an actress, model and host never faltered.

Her earliest industry credits include roles on TV shows such as Days of Our Lives and Generations. Over the years, she made appearances on several TV series including "The Fresh Prince of Bel-Air," "Family Matters," "Living Single," and "Empire."

Vivica's performances on the big screen too deserve recognition. Starring in blockbuster movies that include "Sharknado 2: The Second One," "Kill Bill," "Booty Call," and "Teaching Mrs. Tingle," she created a legacy.

Through her acting, modeling and hosting gigs, the Curb Your Enthusiasm star has managed to accumulate a net worth of $6 million.

Hailing from mixed-racial family, the South Bend, Indiana-native owns African-American and Native-American ancestry. Her father William Fox was a private school administrator while her mother Everlyena worked as a pharmaceutical technician.