By LRU Writer | On: June 05, 2019
Wesley Taylor is Broadway's darling...Well, the Smash star’s boyfriend is... the fans used to love their gay romance...adds diversity in Hollywood as he boasts Puerto Rican ethnicity from his mother’s side... 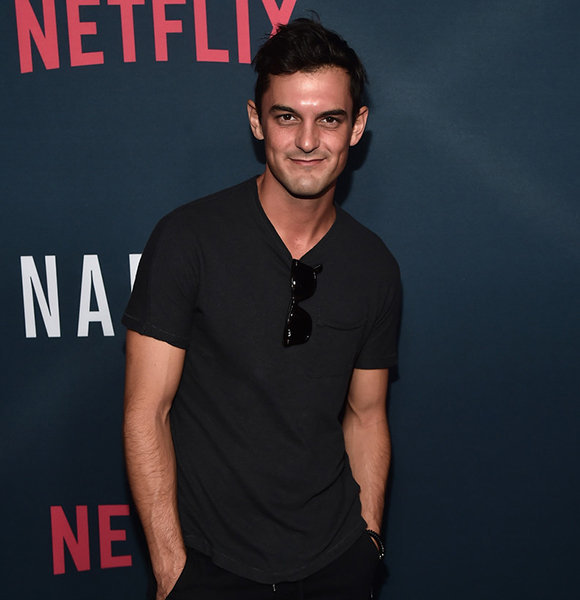 Wesley Taylor is Broadway's darling. He has been making waves in the theater since his debut on Rock of Ages at the age of 21. Before working as a full-fledged stage actor, he starred in commercials; Coca-Cola, Gameboy Advance, and Toyota.

One thing that sets Wesley apart from other actors is the openness regarding his gay sexuality and dating affair. Well, the Smash star’s boyfriend is fellow Broadway actor, Isaac Cole Powell.

The actor couple has been going strong since they started dating in 2017. Wesley and his boyfriend had an adorable meet-cute.

Both of them went to North Carolina School of the Arts but, years apart. While The Addams Family star was a junior there, Issac - an alum of the school - went for a visit. It so happened that there was a teacher who introduced them, and the sparks flew.

However, Wesley and the Just a Body actor started officially dating after they settled in NewYork City, for their Broadway career. The bond grew strong; thus, the gay couple leaped a faith and got engaged on 27th May 2019.

The happy couple shared the joyful news via their Instagram.

The engagement was no surprise as the pair’s love was evident via their social media accounts. Both Wesley and his boyfriend used to share their love escapades regularly, and the fans used to love their gay romance.

Wesley was born on 13th August 1986 in North Carolina. He boasts the sun sign, Leo according to his date of birth.

The actor’s parents were quite supportive of their son’s career since the beginning. Thus, he chose to get BFA in acting from a school near his native place, North Carolina School of the Arts.

Taking more about family, his parents prepared him for a risky career in acting. They had chosen to take risks and move to China to become teachers, which set an example for Wesley to be daring.

No wonder, their son decided to take up one of the most robust professions in the world; acting in Hollywood.

Encouraged by his family, Wesley is now doing well in his career. Besides Broadway, his TV work includes The Good Wife, Difficult People, and I'm Dying Up Here, Looking, The Tomorrow People, One Life to Live, and The Tony Awards.

Courtesy of his busy career, he earns a salary of $50,529 per year, that adds to his net worth.

Aside from killer acting talent, Wesley boasts a height of 5 feet 9 inches (1.75 m), which aids in his showbiz career. Well, he also adds diversity in Hollywood as he boasts Puerto Rican ethnicity from his mother’s side.