By LRU Writer | On: June 11, 2021
A talented ballet dancer turned TV star, Ayla Kell is an American actress who gets best recognized for portraying Payson Keeler in the ABC dramedy called Make It Or Break It... A stroll through the former child actress' biography shall shed some much-needed light on her personal life... 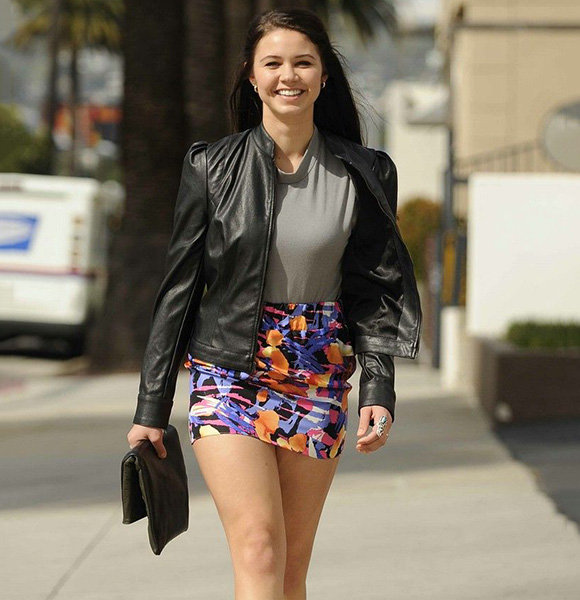 A talented ballet dancer turned TV star, Ayla Kell is an American actress best recognized for portraying Payson Keeler in the ABC dramedy, Make It Or Break It. Many might not know, but Payson was her first-ever performance as a show's lead.

Besides the stated series, she rose to prominence through roles on immensely loved TV shows, including Without A Trace and CSI: Miami.

Away from the small-screen appearances, Ayla has starred in multiple feature films. The notable being What Just Happened alongside the legendary actor Robert De Niro.

A stroll through the former child actress' biography shall shed some much-needed light on her personal life!

Born on the 7th of October in the year 1990, Ayla - now age 28 - is a native of Los Angeles, California. Public records indicate that she's the only child in her family.

Recognizing her penchant for theatrics early on, her biological parents - father David Kell and mother Jayne Dilbeck - enrolled her at Royal Academy of Dance to learn ballet. During her 15-year-long ballet study, she also honed her talents at Los Angeles Ballet Academy.

Her prestigious dancing career saw her earn the first place spot at the Youth America Grand Prix in New York. Also, Ayla was a member of the Valentino's International Carousel that performed in Tokyo, Japan.

Because of her ballet background, it behooves Ayla to own beautiful - and stern at the same time - set of legs.

Easy on the eye and very quick on her feet, the Make It Or Break It star stands at 5 feet and 3 & a half inches (1.63 m) in height. Meanwhile, her weight should surpass the 50 kilograms (110 pounds) barricade by ease.

At the age of 7, Ayla debuted with the TV film called Get to the Heart: The Barbara Mandrell Story. Two years later, in 1999, she starred in the religious thriller The Omega Code.

In subsequent years, more minuscule roles followed including Rebound, Weeds, Malcolm In The Middle, and Just Jordan. Missing at 17, SnakeHead Swamp, Rosemont, and Walt Before Mickey are her notable movie credits.

Industry insiders argue that Ayla now boasts a six-figure sum in net worth. In contrast, her boyfriend turned fiance Sterling Knight owns a fortune worth $2 million.

The former Without A Trace actress and her husband prospect Sterling began dating in November of 2014 but didn't confirm the romance until August of 2015. Ayla Kell and her husband hopeful Sterling Knight are all smiles for a selfie circa Feb 2019 (Photo:- Ayla Kell's Instagram)

Ayla met Sterling - also an actor - on the set of the beloved sitcom Melissa and Joey. Admittedly, the lovebirds hit it off from the get-go.

Almost four years of dating culminated in her then-boyfriend Sterling proposing. Engaged since October 2018, she and her fiance - as revealed by her Feb 2019 Insta post - are all set to get married in February of 2020.

Engaged In 2018 Too:- Josephine Skriver Is Engaged To Boyfriend; Ringing Wedding Bells Gleefully

To those unfamiliar, Sterling is a former Disney star who gained fame through film StarStruck and TV show Sonny With The Chance.