Willam Belli Talks about Her Marriage- Separated from Her Husband? 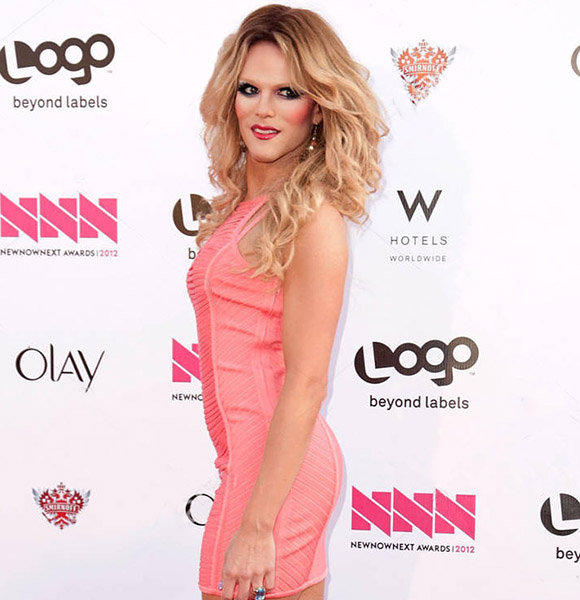 American drag queen Willam Belli answers her fans' questions and updates her fans about her married life. So, what does she say about her relationship with her husband?

Willam Belli Still Together with Her Husband?

Not many aspects of Belli’s life are hidden from the public, thanks to her ever-so-extrovert personality. The same goes for her personal life, where she is seen flaunting her husband every now and again.

You May Also Like: Chad Michaels: Joyful Family Life With His Longtime Partner

Willam has never been the one to hide her sexuality in the closet. With a fully supportive family behind her back, the drag queen has reached the height of her career in the show biz.

Willam's spouse is Bruce Bealke, an entertainment lawyer, and the two tied the knot in 2008.

Though not much information has been revealed by the 'A Star Is Born' star regarding her marriage, it wouldn't take a genius to assume that the duo seemed happy in each other’s company going by their social media posts. The duo’s romantic relationship was further highlighted in the fourth season of 'Drag Race' in 2012.

Willam and her husband's adorable love life was quite evident from Willam's occasional 'gram post. However, some confusion was raised about Willams's relationship status post his tweet in 2012, where she mentioned something about his boyfriend.

Assumed to be married to Bruce, there were quite some eyebrows raised following the tweet on 26 December 2012.

“My boyfriend is making me watch the Kennedy Center Honors honoring monotony, Landsbury-esque performers and death”

Although, it could have simply been Willam using synonyms, as she confirmed that she is, in fact, married to her spouse Bruce in an interview with drag official in 2014.

However, in one of her recent YouTube videos, she reveals that she is no more together with her husband. In the video of 2019, where she answered her fans' inquiries, she responded to one of the assumptions of her fan that read, "you are happily married."

Responding to that assumption, she said, "I am not [married] anymore. I am single and separated."

Although she did not stretch much about how her relationship came to an end, she straightforwardly clarified that she and her spouse had separated.

Willam, born in Philadelphia, came into the spotlight after her role in the TV show 'Street Smarts' at the age of 18. Belli, age 36, hasn't looked back ever since.

Making it big after huge struggles during her adolescent days, Willam has produced some memorable character portrayals throughout her working period, including 'Blubberella' and 'A Star Is Born.'

Belli has also tried her hand as an author, model, and recording artist. However, despite her multiple profession, she has never been far away from controversy.

Her biggest controversy came after she was accused of being transphobic following his comments in September 2017.

See Also: RuPaul Charles Reveals Getting Married To His Long-Time Gay Boyfriend But In Secret

Commenting on her show 'Suck Less,' the star made a controversial comment that brought her under the hammer.

“Just because someone says they’re a boy, that doesn’t make them a boy.”

The comment was viewed as transphobic on, and she soon apologized for her comments on her YouTube video, saying,

“I feel bad about how I made people feel about it and this is my official apology.”

Willam has recently starred in multiple TV shows, including 'When We Rise' and 'The Twins: Happily Ever After?'

Her career success has thus earned her a net worth amounting to 1 million dollars.