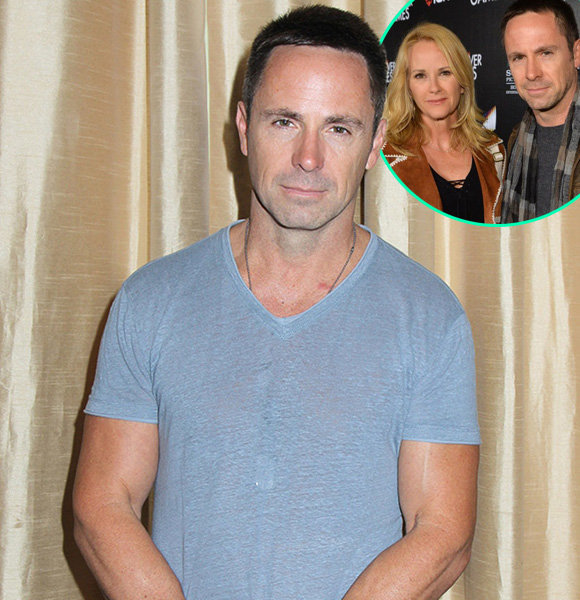 Willliam, who comes from the well-accomplished family, is the only child and was a world traveler as a young boy. He has lived in Guinea, Africa during his childhood before moving to Florida with his mother at the age of 19.

He hails from the family with a lineage of entrepreneurs and athletes and also dreamt of becoming an athlete in future. Since his career took a turning point, he also got the love of his life in the industry.

The Bold and the Beautiful star, William DeVry is dating the actress Rebecca Staab for a long time. She is the popular invisible girl starred in the original film version of "The Fantastic Four" as Susan Storm.

The couple has not revealed the exact date of their union, but it is assumed that they have been together for a decade. And the celebrity couple has been managing their time which seems to be the secret ingredients for their long-time relationship.

The General Hospital star has been continuing his passion of acting, and when he is not working, he divides his time in Los Angeles, Vancouver, and Florida with his lady love Rebecca Staab.

Rebecca made her debut on The Young and the Restless, got her hands on 2016's new Hallmark Channel movie The Irresistible Blueberry Farm and her celebrity boyfriend was quick to congratulate her.

The couple not only shares the acting passion but also they are actively involved in rescuing the dog. The couple has also welcomed many furry friends into their family. They also find the good and welcoming family for the rescued dogs.

More From "The Bold and The Beautiful":- Darcy Rose Byrnes Has a Boyfriend? Or Single and Focused on Career?

William also shared the glimpse of his family which includes his wife-to-be girlfriend Rebecca and their seven little furry friends. It seems that the furry friends might have completed their family.

William took to Twitter on 26 Dec 2015 with an adorable family picture where the couple kneeled down in front of their Christmas tree with their rescued dogs. He also wrote:

"XO to all: Love: Wil, Rebecca and the Bacon Brigade." Well, since William tweeted with his family, his followers quickly asked him, "How did they do it?" He joked on Twitter claiming it to be the "Magic of Christmas."

In addition to the praise of their great work, their fans also praised their "beautiful family."  Similar to the comment of their followers, there is no doubt that the couple regards their dog as their family.

When their beloved dog, a little Chihuahua named Chalupa died by a car-hit, his wife-like-figure girlfriend immediately flew back to LA from Vancouver. And he also shared the news on Twitter on 5 June 2017 writing:

“Smallest little angel. the biggest part of my life for 12 years. Hit by car six hours before i got home from East Coast. Having anxiety looking for me.”

Since losing their beloved family member, their fans and castmates expressed their condolences on social media. Since losing the four-legged friend, they appeared to be more active in rescuing the dogs. Also, they have started to take the dogs in if they see a dog on the roadside.

In addition to fostering the dogs, the couple helps raise the fund for foundations, charities and rescue groups. Well, the outspoken animal advocates couple lives in a registered historic home in the Hollywood Hills with their foster kids.

Notably, their fans are eager to know about their wedding plans, but it seemed they are too busy for getting married as they are already foster parents to the four-legged friends.