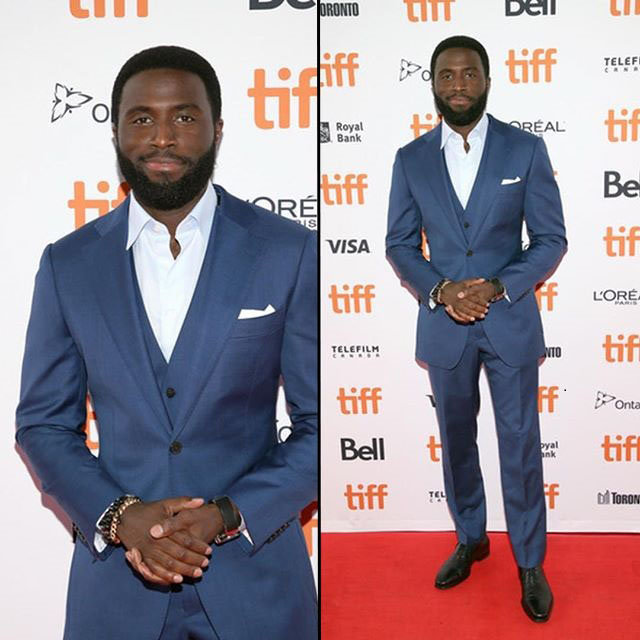 Y'lan Noel, an American actor, is one of Hollywood's newest faces. He is most recognized for his role in the HBO comedy Insecure as Danial King (2016-2018).

He also became well-known for his portrayal of drug lord Dimitri in the action-horror thriller The First Purge (2018). Continue reading to learn more about the personal and professional lives of The First Purge star.

There is no denying that Y'lan is one attractive guy with many admirers.

However, he is not a married man yet, so a wife is out of the question. As for his relationship status, during an interview with New York City's radio station Hot 97 in June 2018, he clarified his status as single.

What makes it even worse is that he does not even have a presence on Instagram, Twitter, or any other social media platform.

In addition to such a secluded personal life, Y'lan has never even been linked to anyone who could be tagged as his possible interest.

Despite his extremely secret love life in real, his on-screen romance with co-actor Issa Rae is quite interesting.

Know More About Y'lan's Onscreen Girlfriend :- Issa Rae Reveals Her Awkward Moments ; Also Opens Up About The Struggles In Her Career

In the HBO show, he portrayed the character of Issa’s high school and college friend, Danial King. Y'lan Noel and Issa Rae in a still from Insecure Season 3 (Photo: Newsweek)

When she was already with someone else, Danial initially entered the show as the guy who hooked up with Issa's character, Issa Dee.

But as the story developed, his character was given more dimension with a strong storyline.

Y'lan was born in Brooklyn, New York, and raised in Queens. Later, his whole family moved to Stone Mountain, Georgia. Many might not be aware that the actor of Afro-American ethnicity is said to be of Panamanian descendant.

Apart from that, Y'lan has never let anything out about his family. However, despite his secrecy about his fact, the Insecure actor has mentioned that he has a pet chihuahua named Mello.

Y'lan realized his passion for acting at a very young age. Following his passion, he studied theatre at New York University's Tisch School of the Arts.

Eventually, Y'lan got his first acting break from The Spartan King (2012), which was released at the Warsaw Film Festival in Poland.

However, his big break came in 2016, when he was cast as Daniel King in HBO's Insecure. After his success in the HBO series, Y'lan starred as the lead in the science fiction action film, The First Purge (2018).

The actor is busy with the post-production of his upcoming movie, The Photograph, a romantic film that will hit the theatres on Valentine's Day of 2020.

Y'lan Noel was born on the 21st of May, 1988, in Brooklyn, New York. He spent the rest of his childhood in Queens before moving to Stone Mountain, Georgia, with his family.

Y'lan Noel is also known by his nicknames- Lantey and Ylantey. On his physical attributes, Y'lan stands at 5 feet 10 inches (1.77 m) with a complimenting weight of 73 kgs (161 lbs).

Y'lan Noel is a Panamanian-American actor who has been in several films. He is most recognized as Daniel King in the HBO sitcom Insecure. In 2018, he starred in the horror-thriller The First Purge as the main character.

Stay tuned to get more updates on Y'lan Noel.