By LRU Writer | On: May 08, 2019
Yahtzee Croshaw, an English author-video game critic, is one of the most feared individuals by the game companies as his reviews have the potential to skyrocket or diminish the sales...Known for his witty remarks on many trending subjects, Yahtzee usually kept a low-profile on his personal life. However, he turned out to be a married man with a loving wife... 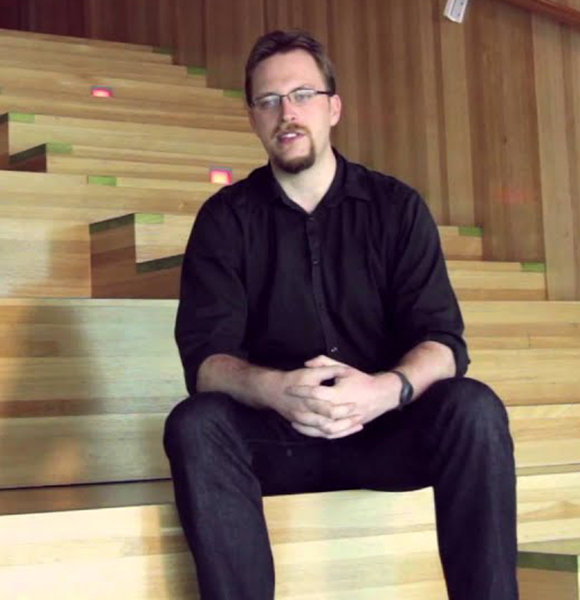 The video games business is now a multi-billion dollar industry, and many developers have earned millions selling the virtual entertainment source.

Yahtzee Croshaw, an English author-video game critic, is one of the most feared individuals by the game companies as his reviews have the potential to skyrocket or diminish the sales.

Yahtzee met his wife Kess when she traveled to Australia.

On her first day, she visited the Mana Bar in Brisbane, which happened to be owned by the author. Although Kess had read one of the books written by Yahtzee, she didn't recognize him when she saw him at the outlet but, thought that he was cute.

A day later, the couple bumped into each other after which Kess took a moment to talk to him.

The pair soon commenced dating, but their relationship as boyfriend & girlfriend didn't last long as they got married in no time. While not much is known about Yahtzee's wife or their married life, Kess reportedly belongs to a wealthy family and has enough money to last a lifetime.

Married In Secret:- Ant Anstead & Girlfriend Gets Married, Secretly Exchanged Their "I Do's"

While the couple looks content with their marriage, some even accused Kess of being a "succubus" and stalking the writer before they met. The conspiracies also suggest that their meeting was no co-incident as Yahtzee's wife had planned it all.

At age 35, Benjamin Richard "Yahtzee" Croshaw is a tall man with height stretching over six feet. The 6 feet 5¼ inches tall writer is even called a giant sometimes by those, who intend to mock him for his height. Yahtzee possesses an English nationality, but he is currently settled in Australia, where he leads a successful career.

Although a native of Warwickshire, England, Yahtzee shifted to Brisbane when he reached the age of 20. The author has not updated on his University education but expresses pride in having passed out of school.

Yahtzee started his online series Zero Punctuation in 2007, where he reviews video games and presents the viewers with the pros & cons of any specific game.

By 2010, he published his first novel titled Mogworld. His writing career can be summed up to several of his books including Differently Morphous, Will Save the Galaxy for Food, and Jam. Further, he also owns a gaming outlet in Brisbane named the Mana Bar.

Yahtzee has accumulated a substantial net worth from his career as an author, critic, and businessman. From his profession as a writer alone, he earns an annual salary amounting $48,836; however, his net worth remains private up to this day.