Ant Anstead & Girlfriend Gets Married, Secretly Exchanged Their "I Do's"

By LRU Writer | On: December 23, 2018
"Winter Wonderland" wedding for Ant Anstead and his girlfriend of over a year as they secretly read their vows!... The Wheelers Dealers host tied the knot to his blushing bride Christina El Moussa in a secret wedding which was held at their residence in Newport Beach, California, on... 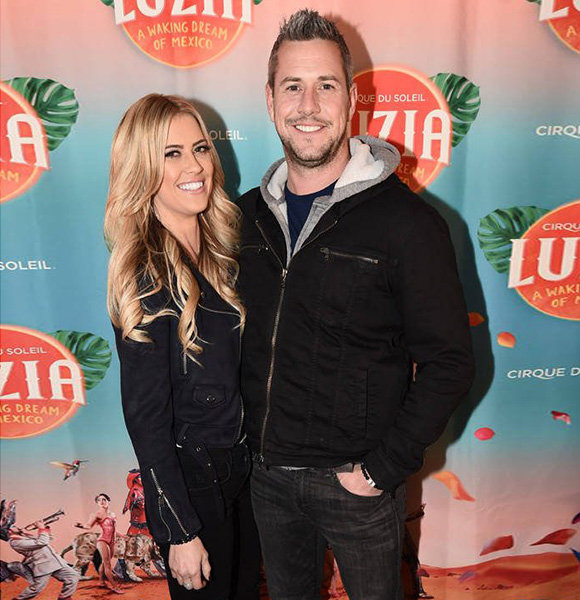 "Winter Wonderland" wedding for Ant Anstead and his girlfriend of over a year as they secretly read their vows!

The Wheelers Dealers host tied the knot to his blushing bride Christina El Moussa in a secret wedding which was held at their residence in Newport Beach, California, on 22 December 2018.

The newlywed couple exchanged their "I Do's" during the Winter Wonderland-themed wedding ceremony in front of 70 close friends and family. The guests were first invited to view the Newport Beach Christmas Boat Parade but were met by surprise when they found out that the boat parade was a bait.

For the ceremony, Ant's wife Christina boasted a lace dress which was designed by Ines Di Santo; whereas the groom was dressed in a grey tuxedo. 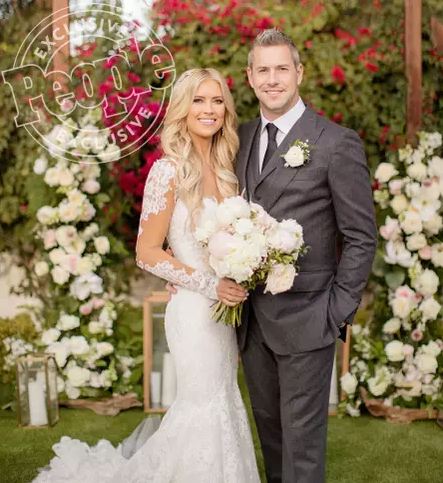 The event was also attended by Ant and Christina's four children, whom they both shared two each with their former partners. The couple explained that the ceremony was about their children and mentioned that they wanted the kids to be an essential part of it. Ant said,

"We wanted to make it about the kids. It’s the six of us. We’re a blended family so it was really important for them to be a part of it.” Ant Anstead and Christina El Moussa together with their four children (Photo: Pinterest.com)

The Flip or Flop star, Christina also mentioned that she was officially changing her last name to Anstead. Talking to People, she said,

"It has a nice ring to it, doesn’t it? Christina Anstead. We couldn’t be any happier!”

The couple had earlier started dating in October 2017 after they were introduced through a mutual friend. Earlier this month, there were gossips of the couple getting engaged, which turned out to be true as the pair is now happily married.

You May Also Like:- Lee Dong-wook Casually Dating Around, Looking To Get Married? Revealed

Ant was previously married and even had two children: a daughter named Amelie, 15, and a son named Archie, from his former partner, Louise. The couple later divorced in July 2017 after the ex-partners could not resolve the issues in their marriage.

Similarly, Christina was also married before to a man named Tarek El Moussa and shared two children, Taylor and Brayden, with him. The couple had tied the knot in 2009 but later separated after remaining married for seven years.

Post the divorce, Christina was rumored to be dating Nate Thompson, but the claims were disproved after her representation revealed them to be "just friends."

The real estate investor later became girlfriend to a contractor named Gary Anderson; however, that relationship didn't last either.