By LRU Writer | On: March 27, 2019
Musical artist Jay Bradley, mostly known as YBN Almighty Jay, buzzed the headlines of the entertainment news due to his relationship with the American model Blac Chyna. Prior to his fame due to his affiar with Blac, Jay is already a known face in the entertainment world as a rapper. 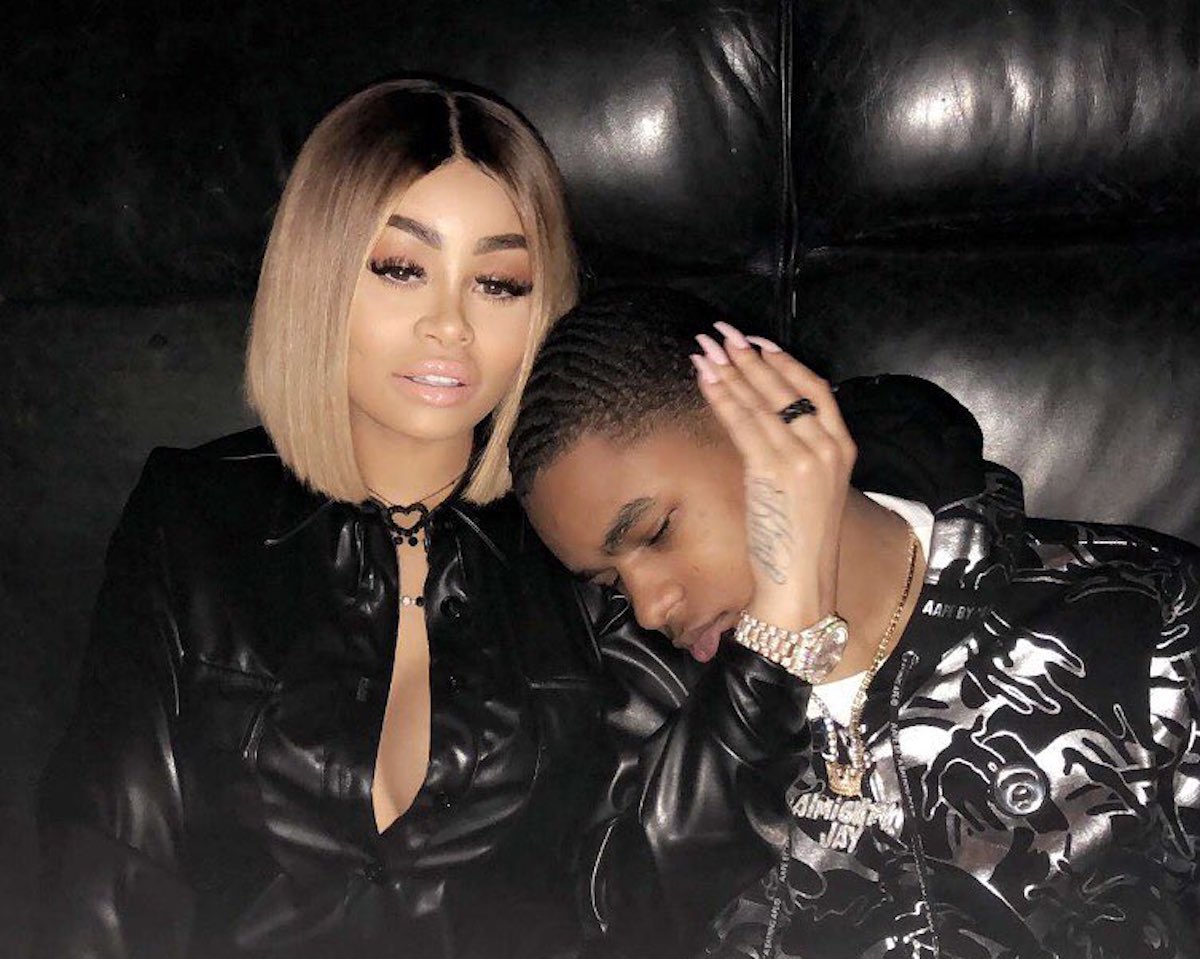 Musical artist Jay Bradley, mostly known as YBN Almighty Jay, buzzed the headlines of the entertainment news due to his relationship with the American model Blac Chyna. Before his fame due to his affiar with Blac, Jay is already a known face in the entertainment world as a rapper.

So, here are the things that nobody would want to miss about Blac Chyna's former boyfriend!

The couple was first speculated to be dating after the duo was spotted together bowling at Pinz Bowling Alley on 26 February 2018 and then leaving in the same car.

Later the speculations turned out right after the couple was again photographed together in the Studio City, California on 28 February 2018. While the couple exited their vehicle, they were holding hands. One of the paparazzi even asked Blac if their affair rumors were real to which Blac smiled and affirmed that they were dating.

Soon after the couple confirmed their dating status, Blac Chyna's pregnancy sparked throughout the media.

Jay and Blac were spotted together at the LAX Airport on 27 April 2018, when Blac tried to hide her two and a half month baby bump with a baggy sweatshirt. She even smiled at the paparazzi and rubbed her stomach. Jay too, during an interview accepted that they never used contraceptives and admitted that he would not mind if Blac got pregnant.

Sadly, after dating for more than four months, Jay and Chyna parted ways amid cheating allegations in July 2018. Chyna allegedly caught Jay sliding in women's DMs. Safe to say, the old-flames' split was everything but amicable!

Nasty Separation:- Rita Ora, Relationship With Ex-Boyfriend Again? She Just Split With One

So, whatever happened to the child they were supposedly having? Well, it turned out that the baby bump was merely a PR stunt.

However, it wasn't until November 2018 that he spoke about hiding a child from the world.

Blac Chyna, on the other hand, is a mother of two children -- King Cairo Stevenson with rapper Tyga and Dream Renee Kardashian with reality star Rob Kardashian.

In late March 2019, Chyna and Rob hammered out a custody deal and after a prolonged legal battle, the former lovebirds agreed to split 50/50 custody of their daughter Dream.

Texas-born Almighty Jay is one of the uprising rappers. Since the young age, Jay dreamt of being a successful singer and soon recorded his first track at the age of 12 with his mother-gifted microphone.

However, he came to the spotlight after he started his Youtube channel in 2017. One of his videos titled Chopsticks (2017) got viral on the internet and ended accumulating 4 million views on YouTube in the first month of its release.

Later, he collaborated with YBN Nahmir and even featured on Nahmir’s track “No Hook.” The pair has already performed for massive crowds in the cities including Los Angeles, Birmingham, and Chicago. In late January of 2018, Jay - who stands a little above five feet and ten inches tall - released his track Takin Off and experienced another success by garnering over 2 million views in the video. Afterward, he got welcomed by the rapper Rich The Kid as he signed Jay to his label Rich Forever Music.

Jay, who dreams of being a legend in the hip-hop arena, is already on his pathway to conquer all the height of stardom and garner all success. Though there is no record of his exact net worth, it came to light that his two viral songs on the youtube got him $100 K.

In late March 2018, his association with Rap-A-Lot Records founder and Hip-Hop Mogul J Prince helped him restored his "mob ties." On a trip to New York earlier that month, Jay was attacked, and the alleged robbers reportedly "ran his jewels."

With a little assist from J Prince and the Hip-Hop community in NY, he eventually managed to receive his chain back.