Rita Ora Relationship Status Now, Who Is She Dating?

By LRU Writer | On: December 04, 2019
British singer and songwriter Rita Ora is a multitalented gorgeous beauty. She is the singer of hit...Seen walking out of the British Fashion Awards after-party...Brewing interest for each other since then, people had talked about their...Just listing them out, Rita was romantically linked to names like...Keeping their romance as low-key as possible, Rita and... 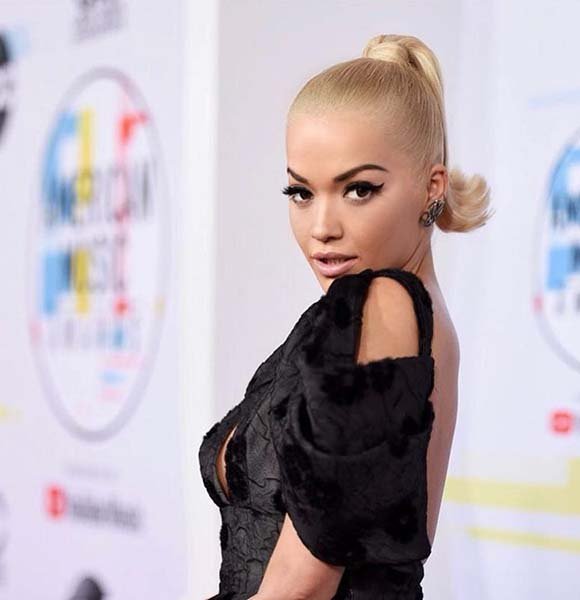 British singer and songwriter Rita Ora is a multitalented gorgeous beauty. She is the singer of hit songs like Hot Right Now and How We Do (Party). With the most number of singles in the 2012 UK Singles Chart, her debut album was also listed in the No.1 position in the UK Billboard charts.

Apart from her majestic voice, Rita also dwelled into the world of acting, making her debut through the movie - Fifty Shades of Grey (2015).

Rita is apparently dating model-musician Rafferty Law. The pair were seen walking out of the British Fashion Awards after-party holding each other's hands on 2nd December 2019,

A source for The Sun further disclosed that the two have been seeing each other for some time now. While the British Fashion Awards was the first place the two decided out their relationship publicly, the first have been close to each other ever since they met on the sets of the Oliver Twist remake.

The couple shares a significant age gap between the two. Rita is six years older than her rumored boyfriend Rafferty - who is the son of actor Jude Law and his ex-wife, Sadia Frost.

The glamorous Rita Ora has been the subject of relationships for the most part of her life. Over the years, the I Will Never Let You Down singer has dated numerous others.

In her extensive list of musically gifted partners, Rita was also linked to musician Andrew Watt. The pair's relationship started off as just friends but soon took a different path.

Rita and Andrew were all cuddly whenever seen together. Not a moment passed when the pair didn't look adorable together. Sadly their relationship did come to an end.

Later on, she was rumored to have got back together with ex Tyrone Wood.

While not much light was ever shed on the matter, the gossip soon disappeared after Rita went on to date Oscar-winning actor Andrew Garfield in November 2018.

Keeping their romance as low-key as possible, Rita and Andrew went on to be a hot topic of discussion for some time. From spending the Christmas holidays to a romantic stroll in December, their fans were eager to confirm their relationship.

Sadly, by early 2019, their relationship had already crumbled down.