By LRU Writer | On: June 16, 2021
Yeonmi Park, age 25 as of 2019, is a North Korean defector, largely known for her advocating against human trafficking...Not wanting other people to suffer what she had to...She has also presented herself on TEDx...Upon her graduation from Columbia University, Park stated that US education reminds her of North Korea. 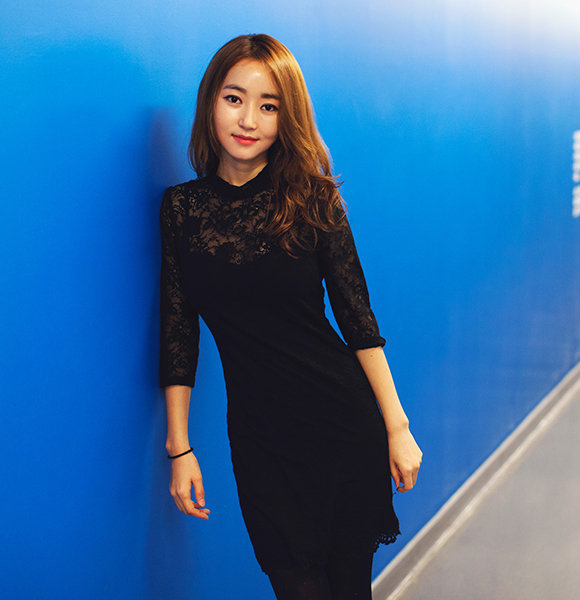 Yeonmi Park is a North Korean defector primarily known for advocating against human trafficking. Not wanting other people to suffer what she had to, she started working as a Human Rights Officer. Upon her graduation from Columbia University, Park stated that US education reminds her of North Korea.

While talking to Fox News, Park stated after paying a huge amount of money for her education at Columbia University. She would learn how to think and analyze, but it was completely the opposite as the education system is only teaching an individual to think and believe what they feel is correct. She also compares the two countries to be the same.

"I expected that I was paying this fortune, all this time and energy, to learn how to think. But they are forcing you to think the way they want you to think...I realized, wow, this is insane. I thought America was different but I saw so many similarities to what I saw in North Korea that I started worrying..."

Further, while talking to the New York Post, Park also mentioned that America is not free, and it turns out that even the people of the same country dislike each other.

"I literally crossed the Gobi Desert to be free and I realized I’m not free, America’s not free... I thought North Koreans were the only people who hated Americans, but turns out there are a lot of people hating this country in this country..."

Similarly, Park also mentions that every problem that the university discussed was all whitewashed, which reminded the North Korean defector of the cast culture from her native country.

Life As A Social Activist And Her Net Worth

Yeonmi’s fame rose to a new height in 2014 after her speech at the One Young World summit in Dublin, Ireland. Her address detailed her escape from North Korea, the exploitation of traffickers, and her adjustment to new life.

She published a book in September 2015 named In Order To Live: A North Korean Girl's Journey to Freedom.

Yeonmi also played a role in the movie While They Watched (2015). The film portrays a future where North Korea's regime crumbles.

It is clear that the change Yeonmi Park is bringing with her work and the weight on her shoulders is already more than what most 27 years old have been through in life.

Working as a human rights officer now, Yeonmi is certainly not concerned about building up her net worth and is clearly about helping people.

For her praiseworthy work, Park has been interviewed by several media groups like- The Guardian, The Washington Post, Fox News, New York Post, and many more. She has also had the opportunity to present herself and her message on the massive stage of TEDx.

While fighting for the voice of the oppressed people, Yeonmi did find some time for herself.

She got married to her husband, Ezekiel, on 1 January 2017. The following year, they were blessed with a son on 18 March 2018. Yeonmi named their first son James. Her son inherits half North Korean and half American ethnicity as her husband possesses the latter one. According to Wikipedia, it was reported that she has split with her husband as per a video. But there is not much evidence to prove the fact.

Currently, Yeonmi lives with her husband and son in New York.

Besides the name of her husband, nothing much is known about Ezekiel. However, there has been a lot of speculation on what he does for a living (i.e., his job/ occupation.

Yeonmi, age 27, was born in Hyesan, North Korea, on 4 October 1993. Her father was a civil servant, while her mother was a nurse for the North Korean Army. For siblings, she has a sister named Eunmi.

In 2002, when Yeonmi was just nine years old, her father was imprisoned by the government for smuggling metals on the black market. The government also interrogated her mother time and again.

Without both their parents, the girls were left all alone to fend for themselves. In Yeonmi’s words, she and her sister had to “grow up very fast.”

Wanting to escape the harsh environment, Eunmi escaped to China in 2007.

After two years of torture, they got the chance to escape to Mongolia and finally made it safely to South Korea in 2009. Yeonmi and her mother were granted South Korean citizenship as refugees of North Korea.